The Crab fountain sculpture was made in 1968 by George Norris. In First Nation legend, the crab is the guardian of the harbour and it was also the zodiac sign at the time of the Canadian Centennial in 1967. The H.R. MacMillan Space Centre is an astronomy museum in Vanier Park, at 1100 Chestnut St, Vancouver, BC V6J 3J9, Canada. It was founded 1968 and named for a British Columbia industrialist and philanthropist. See science exhibits and shows in the GroundStation Canada Theatre, Cosmic Courtyard, and cool Planetarium Star Theatre. The building was designed in the 1960s by architect Gerald Hamilton to house what was then called The Centennial Museum. The Space Centre shares the building with the Museum of Vancouver. 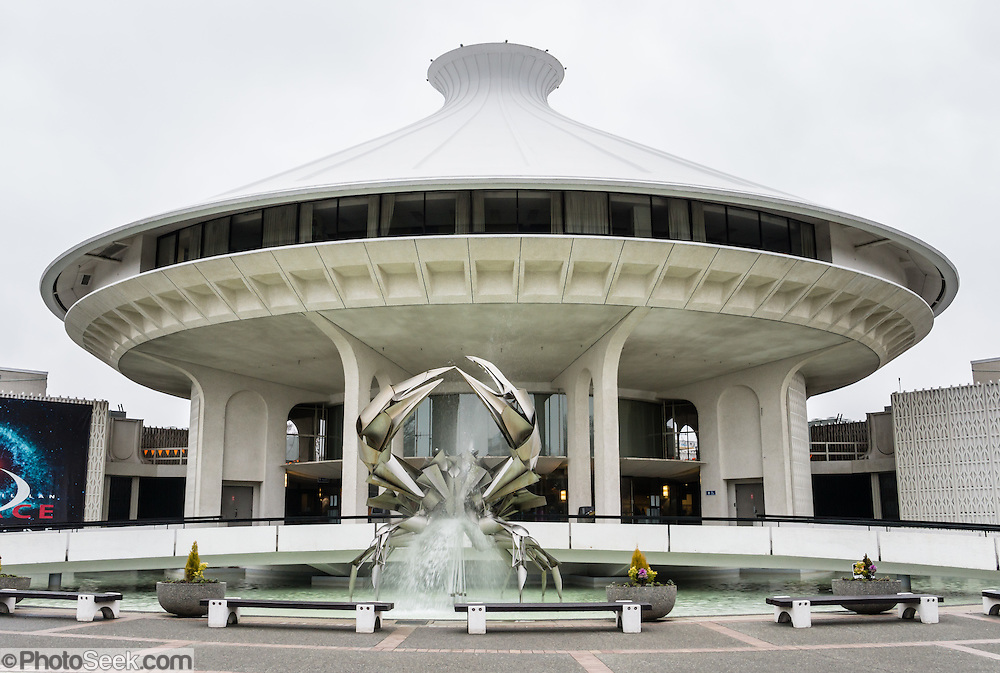