Vaulted stone ceiling. Visit spectacular Whitby Abbey which dates from 657-1538 AD, in the fishing port of Whitby, in North Yorkshire county, England, United Kingdom, Europe. This Christian monastery later became a Benedictine abbey, which was confiscated by the crown during the Dissolution of the Monasteries under Henry VIII in 1537-8. The abbey church overlooks the North Sea on East Cliff above Whitby. Whitby Abbey became famous in fiction by Bram Stoker's 1897 novel Dracula, as Dracula came ashore as a creature resembling a large dog who climbed the dramatic 199 steps leading to the ruins above the Esk River. England Coast to Coast hike day 13 of 14. [This image, commissioned by Wilderness Travel, is not available to any other agency providing group travel in the UK, but may otherwise be licensable from Tom Dempsey – please inquire at PhotoSeek.com.] 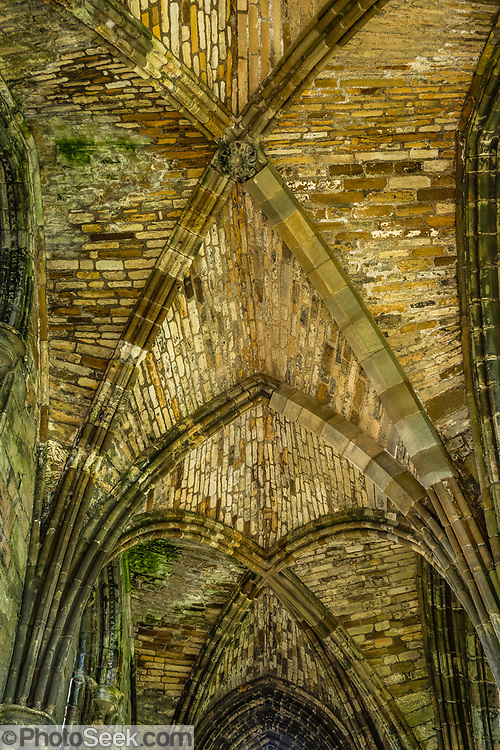