Puerto Ayora is capitol of Santa Cruz Island, and the largest town in the Galápagos Islands archipelago, a province of Ecuador, South America. Santa Cruz Island is a large dormant volcano in the Galápagos Islands with a maximum altitude of 864 metres. The last eruptions occurred around a million and a half years ago. Santa Cruz translates from Spanish as Holy Cross. Its English name, Indefatigable, was given after a British vessel HMS Indefatigable. Situated in the centre of the archipelago, Santa Cruz Canton is the second largest island of the Galápagos archipelago after Isabela. The economy includes tourism, agriculture and cattle raising. Santa Cruz hosts the largest human population in the archipelago at the town of Puerto Ayora. 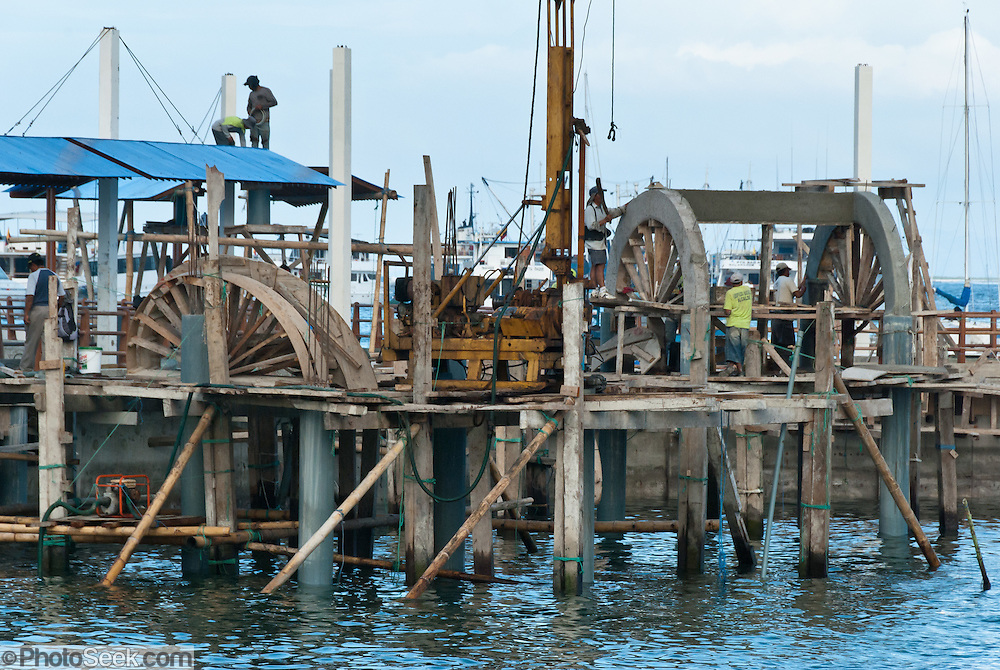