Mount Mansfield (4393 feet or 1339 m) is the highest mountain in Vermont. In the Green Mountains (a range in the Appalachians), drive Vermont Route 108 from Jeffersonville to Stowe through the narrow mountain pass of Smugglers Notch (not passable for RVs longer than 28 feet due to boulders protruding on tight turns), in Lamoille County, VT, USA. The tight notch (most of which is in Mount Mansfield State Forest) separates Mount Mansfield from Spruce Peak and the Sterling Range. The name Smugglers Notch goes back to the Embargo Act of 1807 which forbade American trade with Great Britain and Canada, as President Thomas Jefferson wanted to prevent American involvement in the Napoleonic Wars. But Vermonters still herded livestock and smuggled crucial goods through the Notch to nearby Montreal. Fugitive slaves escaped through here to Canada. Upgraded for automobile traffic in 1922, the route eased liquor flow from Canada during Prohibition. Smugglers Notch State Park was created by the depression-era Civilian Conservation Corps (CCC). Mount Mansfield is one of three spots in Vermont where true alpine tundra survives from the Ice Ages. The mountain has many hiking trails, such as the Long Trail ridgeline traverse. 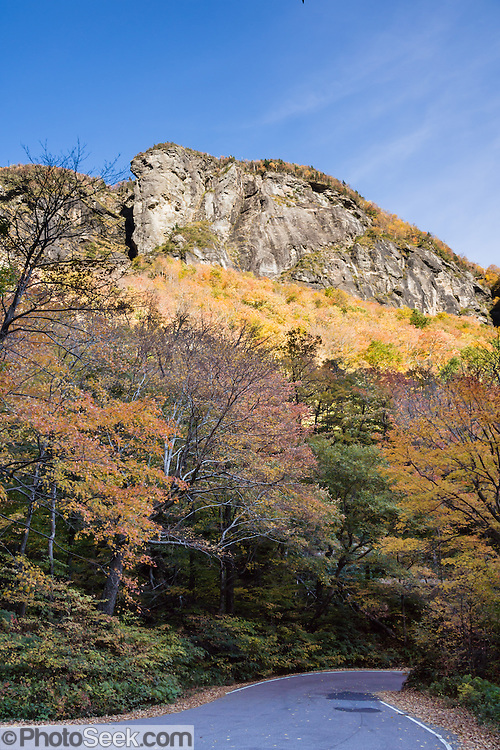