2017 statue of William H. Seward (1801-1872) in Juneau, Alaska, USA. As US Secretary of State, William H. Seward oversaw the Alaska purchase, transferred from the Russian Empire in 1867. The City and Borough of Juneau is the capital city of Alaska and the second largest city in the USA by area (only Sitka is larger). This unified municipality lies on Gastineau Channel in the Alaskan panhandle. Juneau has been the capital of Alaska since 1906, when the government of what was the District of Alaska was moved from Sitka. The city is named after a gold prospector from Quebec, Joe Juneau. Isolated by rugged terrain on Alaska's mainland, Juneau can only be reached by plane or boat. Downtown Juneau sits at sea level under steep mountains up to 4000 feet high, topped by Juneau Icefield and 30 glaciers. 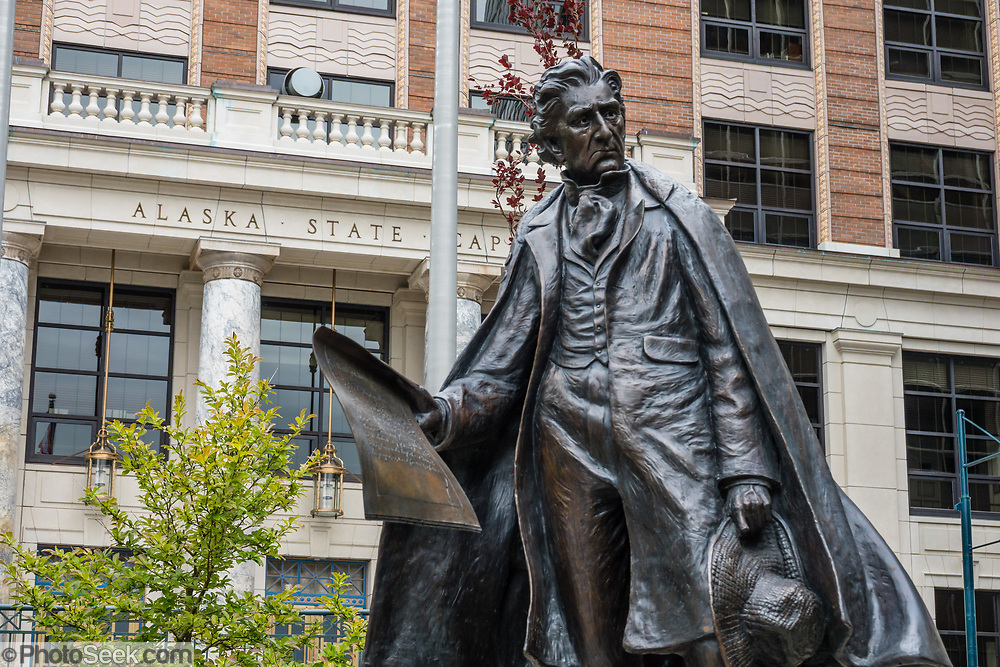