Arthur’s Seat (822 feet elevation) rises behind Salisbury Crags in Holyrood Park above Edinburgh, in Scotland, United Kingdom, Europe. Holyrood Park holds a special place in the history of science: Edinburgh geologist James Hutton (1726-97), the father of modern geology, recognised that the Crags' rock had been injected in a molten state into older sedimentary rocks, disproving previous theories. He suggested that the Earth was very old, and continually changing. This startlingly new idea changed the way people thought about the earth, influencing other scientists such as Charles Darwin. The Crags' hard dolerite was quarried for street cobblestones from the mid-1600s until 1831, when the House of Lords decreed that no more stone should be removed, in order to protect the iconic landscape. The Crags are the glaciated remains of a Carboniferous dolerite sill, injected between sedimentary rocks which formed in a shallow sea some 340 million years ago. Glaciers sweeping outwards from the center of Scotland within the past 2 million years scraped this ancient geology into its present form. 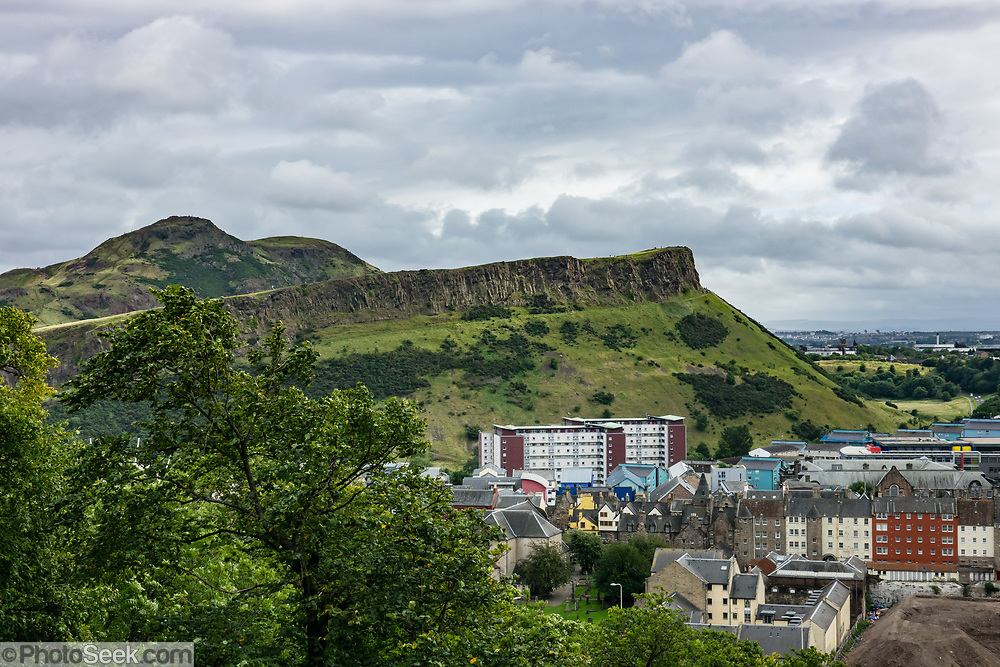