A Swallow-tailed Gull pair(Creagrus furcatus, the only species in the genus Creagrus) thrives on Isla Genovesa (or Tower Island), Ecuador, South America. The Swallow-tailed Gull is an equatorial seabird in the gull family Laridae. Its scientific name is derived from the Latin Larus, "gull" and furca "two-tined fork". It spends most of its life flying and hunting over the open ocean. The main breeding location is the cliffs of the larger Galápagos Islands, with lower numbers on most of the smaller islands. It is more common on the eastern islands where the water is warmer. It is the only fully nocturnal gull and seabird in the world, preying on squid and small fish which rise to the surface at night to feed on plankton. Isla Genovesa (or Tower Island) is a shield volcano in the Galápagos Islands, in the eastern Pacific Ocean. This island is known as Bird Island, because of the large and varied bird colonies which nest here. Prince Philip’s Steps is a steep path up a 25 meter cliff to a seabird colony full of life amidst a thin palo santo forest and rocky plain. 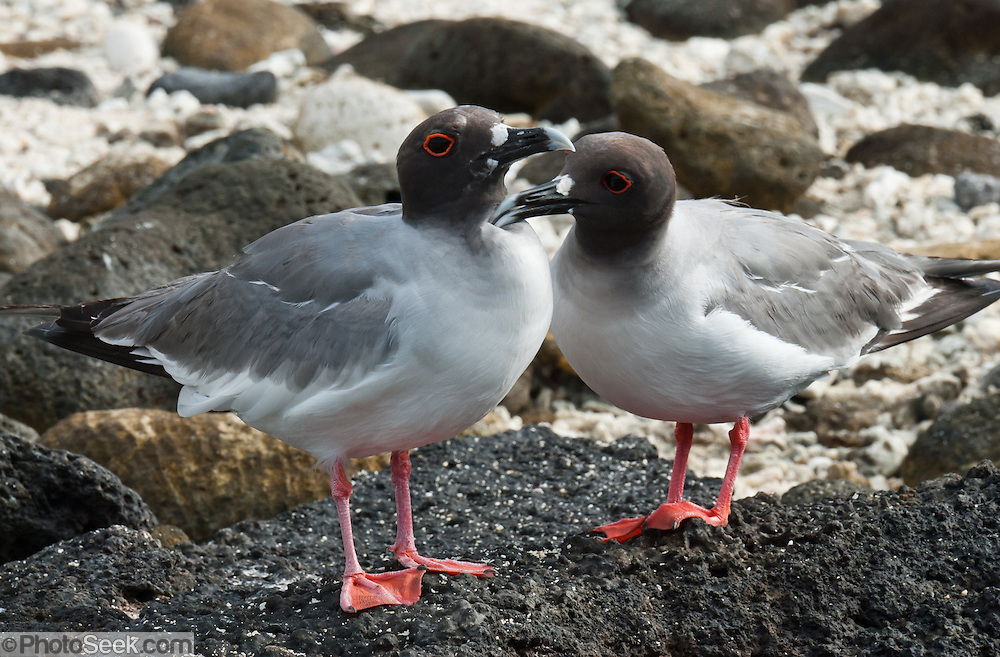