Kinkakuji (Golden Pavilion) is a Zen temple whose top two floors are covered in gold leaf, in Kyoto, Japan. Formally known as Rokuonji, the temple was the retirement villa of the shogun Ashikaga Yoshimitsu, and according to his will it became a Zen temple of the Rinzai sect after his death in 1408. Kinkakuji was the inspiration for the similarly named Ginkakuji (Silver Pavilion), built by Yoshimitsu's grandson, Ashikaga Yoshimasa, on the other side of the city a few decades later. Kinkakuji overlooks a large pond. It has burned down numerous times throughout its history including twice during the Onin War, a civil war that destroyed much of Kyoto; and once again more recently in 1950 when it was set on fire by a fanatic monk. The present structure was rebuilt in 1955. The first floor is built in the Shinden style used for palace buildings during the Heian Period. The second floor is built in the Bukke style used in samurai residences, with its exterior completely covered in gold leaf. The third and uppermost floor is built in the style of a Chinese Zen Hall, is gilded inside and out, and is capped with a golden phoenix. 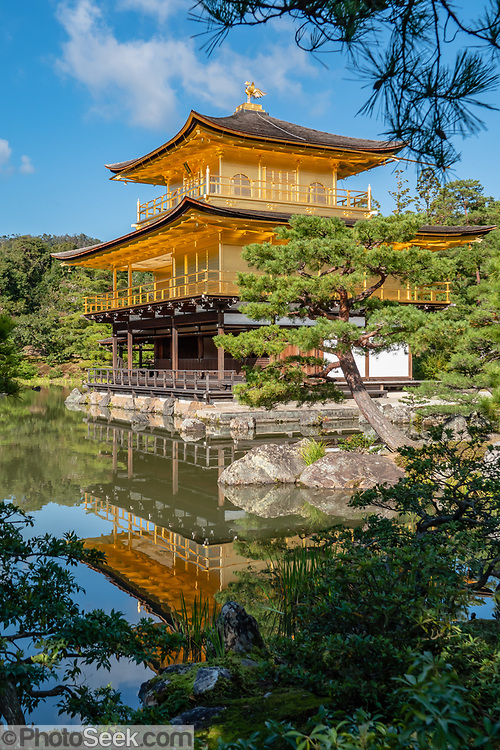