Surrounded by the salty waters of Deception Pass, this remote house on Ben Ure Island can only be reached via boat. Aside from several private properties such as this, most of Ben Ure Island is within Deception Pass State Park, in Washington, USA. Elsewhere on the island, you can rent a quiet State Park cabin. Photographed from the park's scenic Goose Rock Perimeter Trail on Whidbey Island. In the late 1880s, Ben Ure and his partner Lawrence "Pirate" Kelly ran a profitable but illegal business smuggling Chinese immigrants for local labor. Local stories say he would hide the immigrants wrapped in burlap bags which could be tossed overboard if US Customs agents were encountered. Tidal currents would carry the immigrants' bodies northwest to San Juan Island to what became known as Dead Man's Bay -- now called Deadman Bay, bordering Lime Kiln Point State Park. Deception Pass is a strait of water separating Whidbey Island from Fidalgo Island, and connects Skagit Bay (part of Puget Sound) with the Strait of Juan de Fuca, which are all part of the Salish Sea. Deception Pass is the most-visited State Park in Washington. 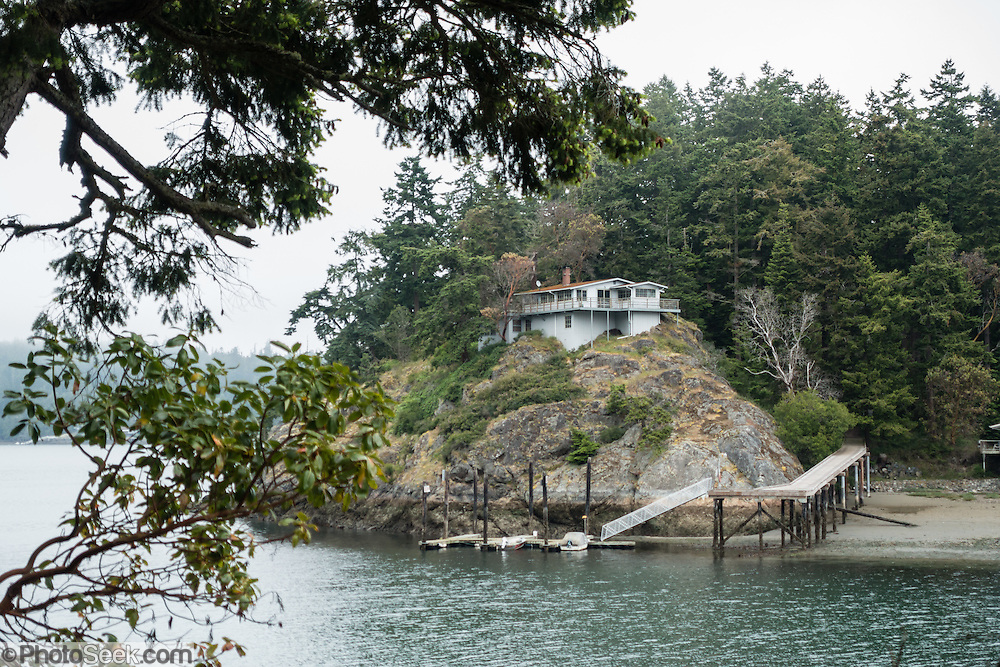