Walk 3 miles round trip from Craster village to the impressive ruins of 1300s Dunstanburgh Castle on the coast of Northumberland, England, United Kingdom, Europe. The castle was built by Earl Thomas of Lancaster between 1313-1322 on existing earthworks of an Iron Age fort. Thomas was a short-lived leader of a baronial faction opposed to King Edward II. This strategic northern stronghold never recovered from seiges during the Wars of the Roses 1455-1487 after it changed hands several times between rival Lancastrian and Yorkist factions. King James I sold the fort into private ownership in 1604. Dunstanburgh Castle is now owned by the National Trust and run by English Heritage. 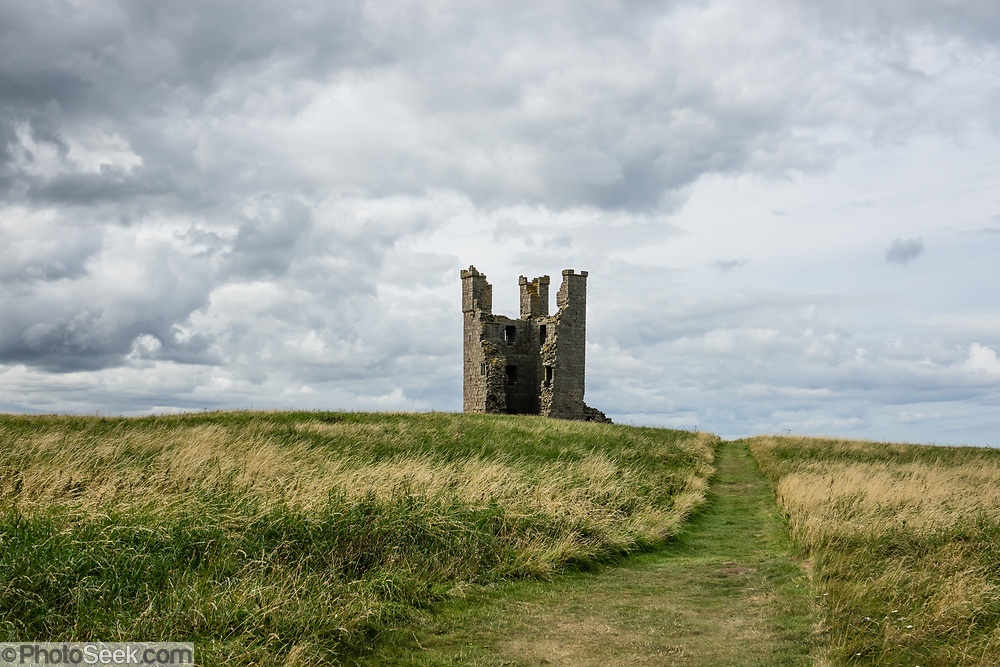