Galápagos Sea Lions (Zalophus wollebaeki) bark and bask on the sandy beach of Gardner Bay, a wet landing location on Española (Hood) Island, Galapagos Islands, Ecuador, South America. This mammal in the Otariidae family breeds exclusively on the Galápagos Islands and in smaller numbers on Isla de la Plata, Ecuador. Being fairly social, and one of the most numerous species in the Galápagos archipelago, they are often spotted sun-bathing on sandy shores or rock groups or gliding gracefully through the surf. They have a loud “bark”, playful nature, and graceful agility in water. Slightly smaller than their Californian relatives, Galápagos Sea Lions range from 150 to 250 cm in length and weigh between 50 to 400 kg, with the males averaging larger than females. Sea lions have external ear-like pinnae flaps which distinguish them from their close relative with whom they are often confused, the seal. When wet, sea lions are a shade of dark brown, but once dry, their color varies greatly. The females tend to be a lighter shade than the males and the pups a chestnut brown. In 1959, Ecuador declared 97% of the land area of the Galápagos Islands to be Galápagos National Park, which UNESCO registered as a World Heritage Site in 1978. Ecuador created the Galápagos Marine Reserve in 1998, which UNESCO appended in 2001. 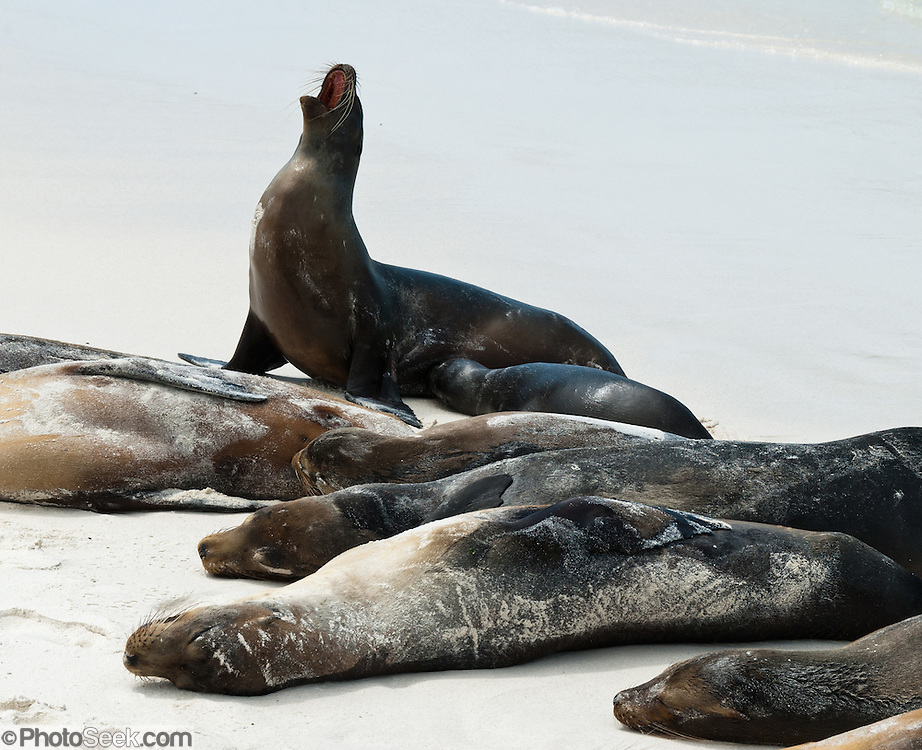