The Soaptree yucca (Yucca elata) can grow up to a foot a year to keep above shifting dunes. White Sands National Monument preserves one of the world's great natural wonders - the glistening white sands of New Mexico. Here in the northern Chihuahuan Desert rises the largest gypsum dune field in the world. Visit the park 16 miles southwest of Alamogordo, NM, USA. White Sands National Monument preserves 40% of the gpysum dune field, the remainder of which is on White Sands Missile Range and military land closed to the public. Geology: The park’s gypsum was originally deposited at the bottom of a shallow sea that covered this area 250 million years ago. Eventually turned into stone, these gypsum-bearing marine deposits were uplifted into a giant dome 70 million years ago when the Rocky Mountains were formed. Beginning 10 million years ago, the center of this dome began to collapse and create the Tularosa Basin. The remaining sides of the original dome now form the San Andres and Sacramento mountain ranges that ring the basin. The common mineral gypsum is rarely found in the form of sand because rain dissolves it in runoff which usually drains to the sea; but mountains enclose the Tularosa Basin and trap surface runoff. The pure gypsum (hydrous calcium sulfate) comes from ephemeral Lake Lucero (a playa), which is the remnant of ice-age Lake Otero (now mostly an alkali flat) in the western side of the park. Evaporating water (up to 80 inches per year) leaves behind selenite crystals which reach lengths of up to three feet (1 m)! Weathering breaks the selenite crystals into sand-size gypsum grains that are carried away by prevailing winds from the southwest, forming white dunes. Several types of small animals have evolved white coloration that camouflages them in the dazzling white desert; and various plants have specially adapted to shifting sands. Based on an application by two US Senators from New Mexico, UNESCO honored the monument on the Tentative List of World Heri 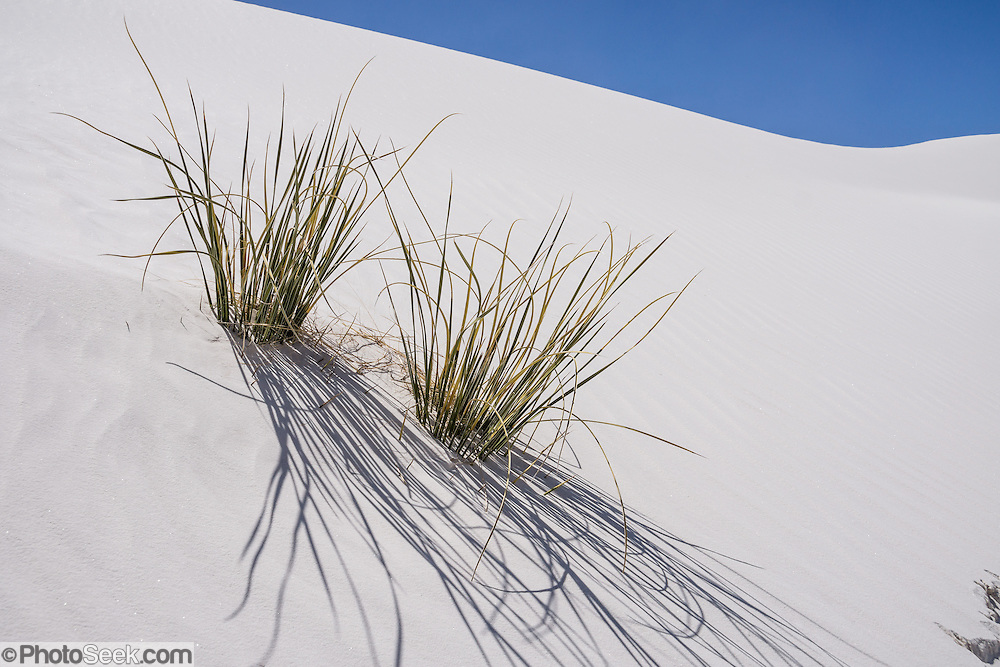