Ice plant flowers (Family Aizoaceae or Ficoidaceae) bloom at Basilica of the National Vow (Spanish: Basílica del Voto Nacional), a Roman Catholic church, neo-Gothic in style, located a few blocks away from Plaza de la Independencia in Quito, Ecuador, South America. Interesting gargoyles (grotesques) of Ecuadorian fauna adorn the exterior. Construction began in 1892. Pope John Paul II blessed the Basilica on January 30th, 1985 and in 1988 it was declared immaculate. Although the church was consecrated in 1988, it remains technically "unfinished." The Basilica is 150 meters long, 35 meters wide, 35 meters high in the sanctuary and 15 meters in the votive chapels. Its towers are 78.23 meters high, 73 meters in the dome, 16 meters by 45 meters on the base of its towers. San Francisco de Quito, most often called Quito (elevation 9350 feet), is the capital city of Ecuador. UNESCO honored City of Quito as a World Heritage Site in 1978. Quito was founded in 1534 on the ruins of an Inca city. Despite the 1917 earthquake, the city has the best-preserved, least altered historic center in Latin America. 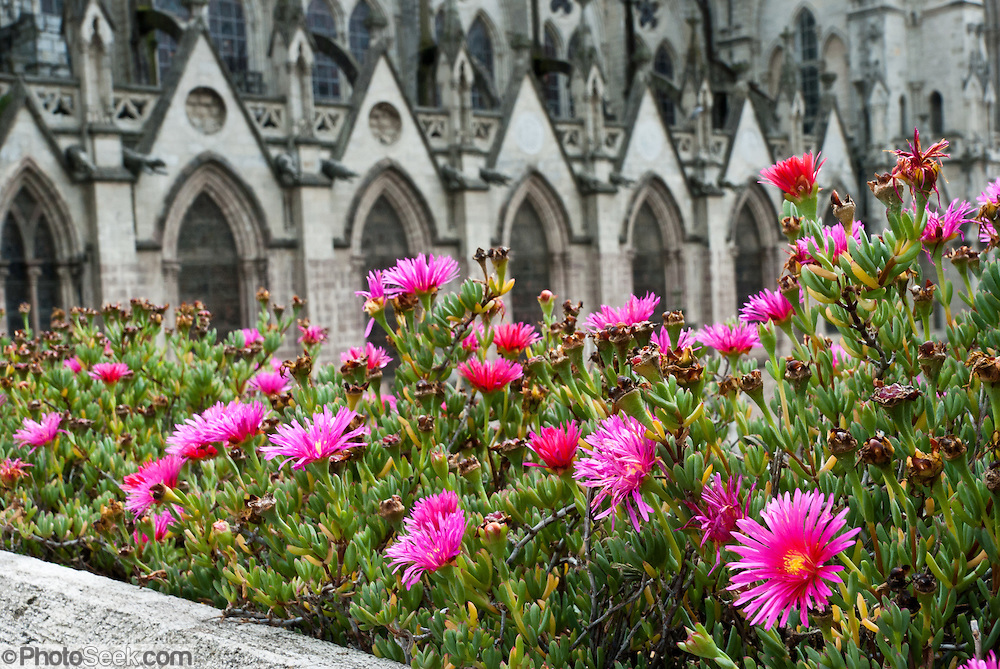