A wall reflects in the moat around Nijo Castle (Nijo-jo) in Kyoto, Japan. Nijo Castle (Nijo-jo) was built in 1603 as the Kyoto residence of Tokugawa Ieyasu, the first shogun of the Edo Period (1603-1867). His grandson Iemitsu completed the castle's palace buildings 23 years later and further expanded the castle by adding a five-story castle keep. After the Tokugawa Shogunate fell in 1867, Nijo Castle was used as an imperial palace for a while before being donated to the city and opened to the public as a historic site. Its palace buildings are some of the best surviving examples of castle palace architecture of Japan's feudal era, and the castle was designated a UNESCO world heritage site in 1994. 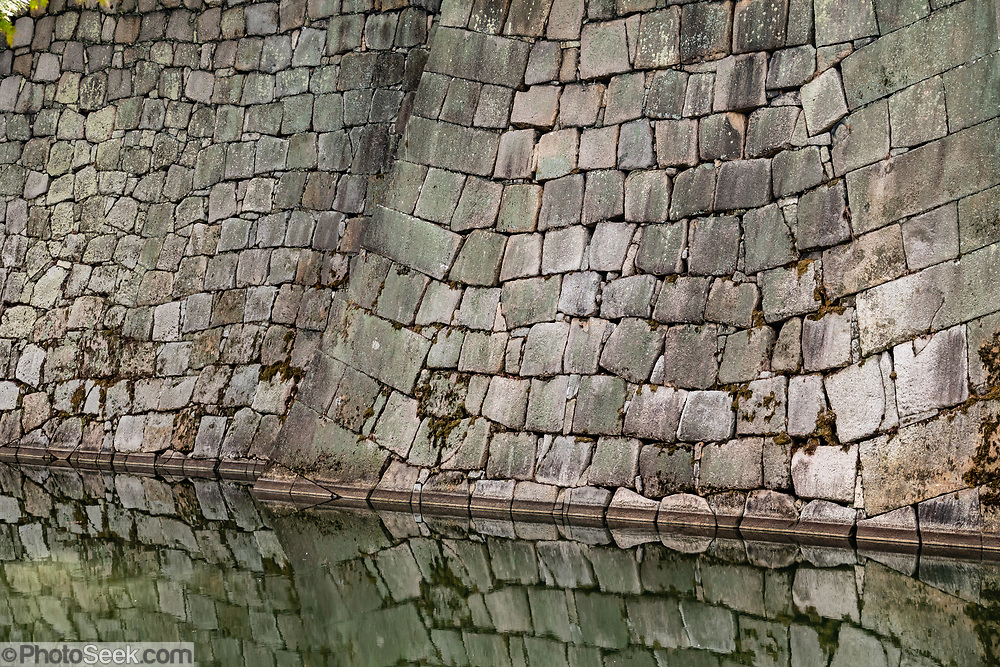