The Alamo Cenotaph (empty tomb) entitled 'The Spirit of Sacrifice' is a tower of 60 feet built to pay tribute to these heroes who died during The Battle of Alamo. Standing adjacent to Long Barrack of The Alamo Complex, it was designed by Italian-born sculptor Pompeo Coppini and completed in 1939. Among the figures carved on the wall are William B. Travis, Jim Bowie, David Crockett and James B. Bonham. Now heroes of "The Lone Star State," their sacrifice led to the founding of Texas. "Never surrender nor retreat." The Alamo Mission in San Antonio (or "The Alamo") was originally known as Mission San Antonio de Valero, a former Roman Catholic mission and fortress compound, and the site of the Battle of the Alamo in 1836. It is now a museum in the Alamo Plaza District of Downtown San Antonio, Texas, USA. This panorama was stitched from 3 overlapping photos. 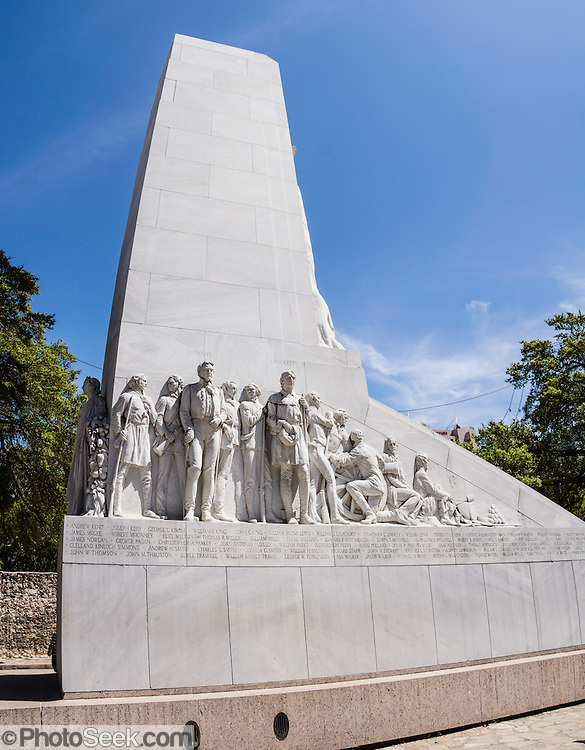