In Japan, Buddhist statues of Jizo (or respectfully Ojizo-sama) can sometimes be seen wearing tiny children's clothing or red bibs, or with toys, placed by grieving parents to protect their lost ones. Ojizo-sama is one of the most loved of Japanese divinities. His features are commonly made more baby-like to resemble the children he protects. His statues are a common sight along roadsides and graveyards. Traditionally, he is seen as the guardian of children, and in particular, children who died before their parents. Jizo has been worshipped as the guardian of the souls of mizuko, the souls of stillborn, miscarried or aborted fetuses ("water children"). Jizo is a Japanese version of Ksitigarbha (Sanskrit for "Earth Treasury", "Earth Store", "Earth Matrix" or "Earth Womb"), a bodhisattva revered in East Asian Buddhism. Ksitigarbha is usually depicted as a Buddhist monk with a halo around his shaved head. He carriesa staff to force open the gates of hell and a wish-fulfilling jewel to light up the darkness. Kiyomizu-dera ("Pure Water Temple") is an independent Buddhist temple in eastern Kyoto, Japan. Otowa-san Kiyomizu-dera temple is part of the Historic Monuments of Ancient Kyoto (Kyoto, Uji and Otsu Cities) UNESCO World Heritage site. Kiyomizu-dera was founded on the site of the Otowa Waterfall in the early Heian period, in 780 by Sakanoue no Tamuramaro. Ordered by Tokugawa Iemitsu, its present buildings were built entirely without nails in 1633. 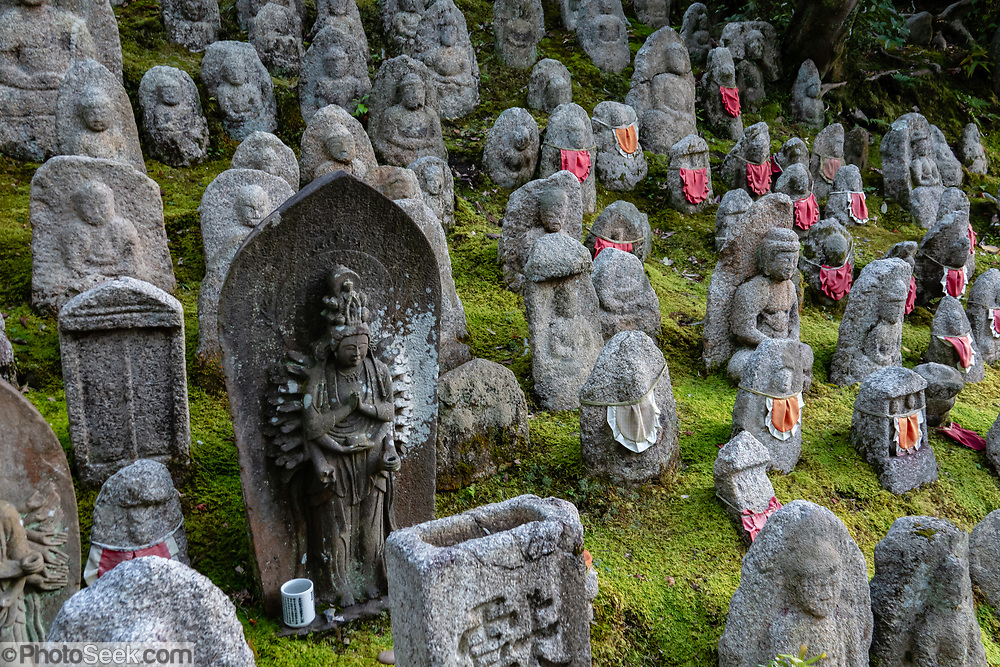