The White Pass and Yukon Route is a narrow-gauge railroad built in 1900 linking the port of Skagway, Alaska, with Whitehorse, the capital of Yukon in Canada. Recapturing the Gold Rush era, it is the most popular land excursion from Alaska cruises. Isolated from any other railroad system, its equipment, freight and passengers are ferried by ship via the Port of Skagway, and by road at a few stops. It was built 1898-1900 during the Klondike Gold Rush to reach the goldfields, and became the primary route to the interior of the Yukon, replacing the Chilkoot Trail and other routes. The route continued operation until 1982, and in 1988 was partially revived as a heritage railway. Skagway was founded in 1897 on the Alaska Panhandle. Half of Alaska's total visitors come via cruise ships. Klondike Gold Rush National Historical Park commemorates the late 1890s Gold Rush with three units in Municipality of Skagway Borough: Historic Skagway; the White Pass Trail; and Dyea Townsite and Chilkoot Trail. (A fourth unit is in Pioneer Square National Historic District in Seattle, Washington.) 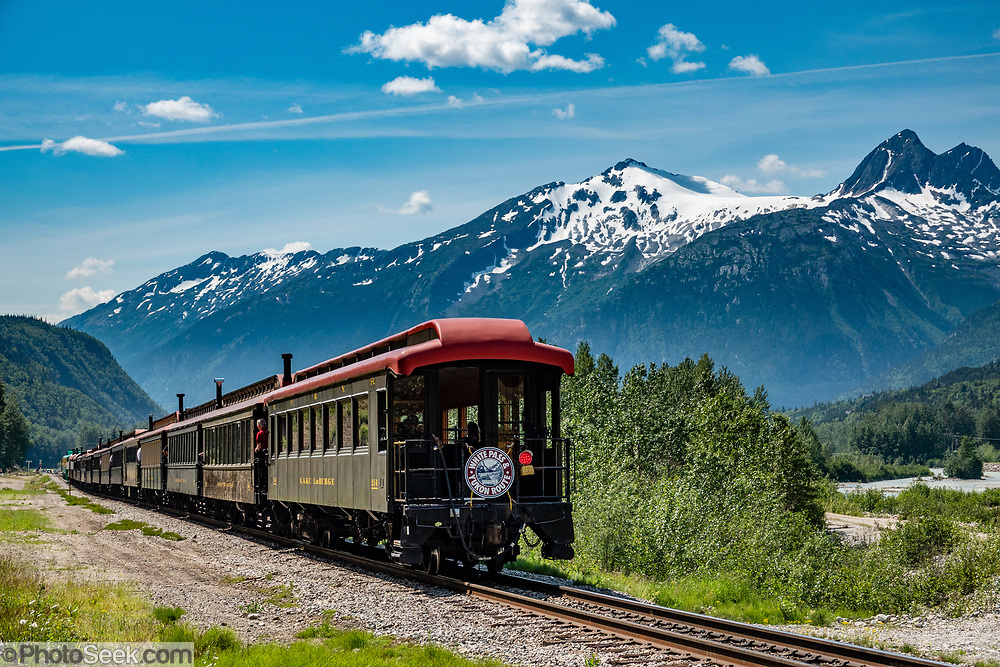