Bodie ghost town buildings reflect in a window fronting the Wheaton and Hollis Hotel. A sign visible indoors reads "Bodie Hotel -- Meals at all Hours". In 1885-86, this building served as the United States Land Office. Later, it was the office for the Power Company, then the Bodie Store, and finally the Hotel. Bodie is California's official state gold rush ghost town. Bodie State Historic Park lies in the Bodie Hills east of the Sierra Nevada mountain range in Mono County, near Bridgeport, California, USA. After W. S. Bodey's original gold discovery in 1859, profitable gold ore discoveries in 1876 and 1878 transformed "Bodie" from an isolated mining camp to a Wild West boomtown. By 1879, Bodie had a population of 5000-7000 people with 2000 buildings. At its peak, 65 saloons lined Main Street, which was a mile long. Bodie declined rapidly 1912-1917 and the last mine closed in 1942. Bodie became a National Historic Landmark in 1961 and Bodie State Historic Park in 1962. 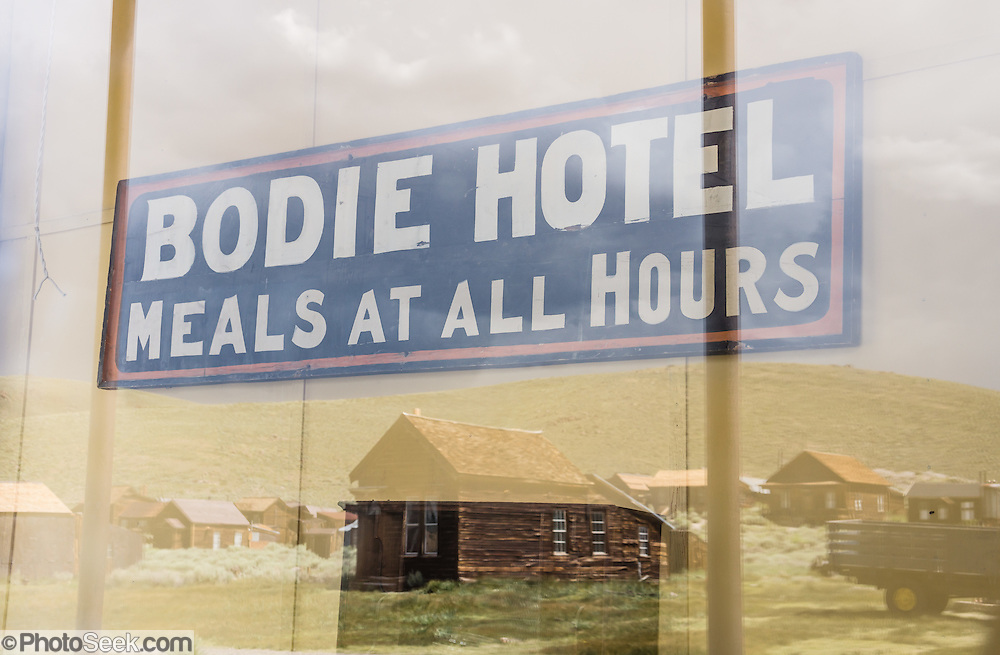