Snorkelers: man & woman selfie in rippled water. We kayaked on a Kona Boys tour to the Captain Cook Monument in Kealakekua Bay State Historical Park starting from Napoopoo Pier, on the Kona Coast of the Big Island, Hawaii, USA. With one of the most pristine coral reefs for snorkeling in the state, Kealakekua Bay is protected as a State Marine Life Conservation District (MLCD). British Captain James Cook was the first European to reach the Hawaiian islands (in January 1778 at Waimea harbour on Kauai), and he named the archipelago the "Sandwich Islands." During his second voyage to the Hawaiian Islands, Captain Cook arrived at Kealakekua Bay in 1779. Thought by the natives to be a god, due to his arrival during a celebration and time of peace for Lono, Cook was treated royally. But the following month he was killed in a skirmish on the shores of Ka'awaloa Cove following a series of incidents between his crew and the Hawaiians. In 1874, the 27-foot monument was erected nearby in Cook's honor by his countrymen. On the lava flats behind Cook Monument are the ruins of the ancient village of Ka'awaloa. For this photo’s licensing options, please inquire. 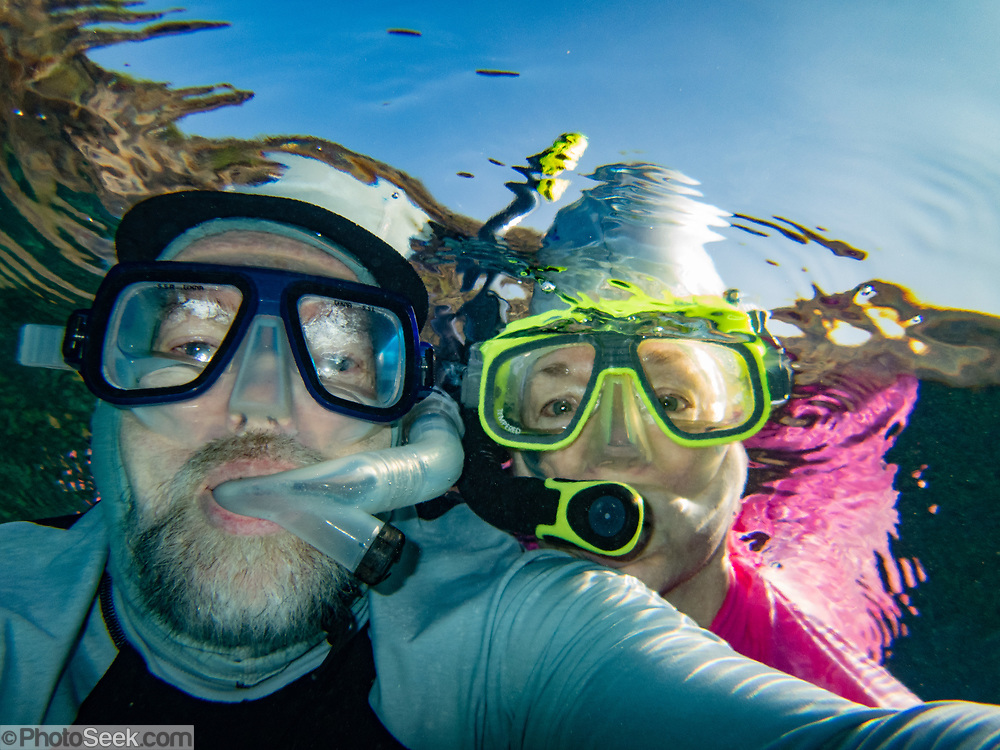