The obelisk at Monticello (near Charlottesville, Virginia, USA) reads "Here was buried Thomas Jefferson, author of the Declaration of American Independence, of the Statute of Virginia for religious freedom, and father of the University of Virginia." Jefferson died on the Fourth of July, 1826, the 50th anniversary of the adoption of the Declaration of Independence, just a few hours before the death of his compatriot John Adams. In their quest for independence from Britain, John Adams was Jefferson's compatriot who became a great political rival, and a later became a friend and correspondent. Adams is often rumored to have referenced Jefferson in his last words, unaware of his passing. Monticello, Italian for "little mountain," was the estate of Thomas Jefferson, the third President of the United States. 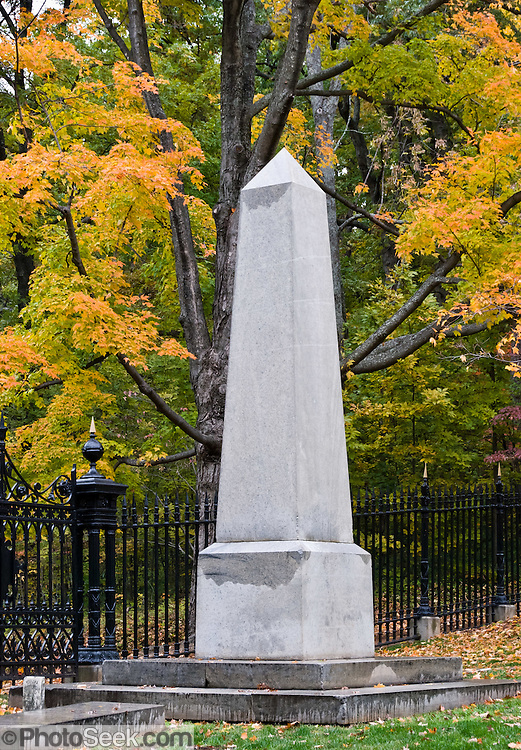