A Nazca Booby (Sula granti) roosts on Española (Hood) Island, the oldest of the Galapagos Islands, which are a province of Ecuador, South America. The Nazca Booby is found in the eastern Pacific Ocean, namely on the Galápagos Islands and Clipperton Island. The Revillagigedo Islands off Baja California possibly constitute its northeasternmost limit of breeding range. It was formerly regarded as a subspecies of the Masked Booby but the Nazca Booby is now recognized as a separate species differing in ecology, morphology, and DNA. The Nazca Booby co-occurs with the Masked Booby on Clipperton Island, where they may rarely hybridize. Two eggs are laid so that one remains insurance in case the other gets destroyed or eaten, or the chick dies soon after hatching, which often occurs as one chick out-competes the other. 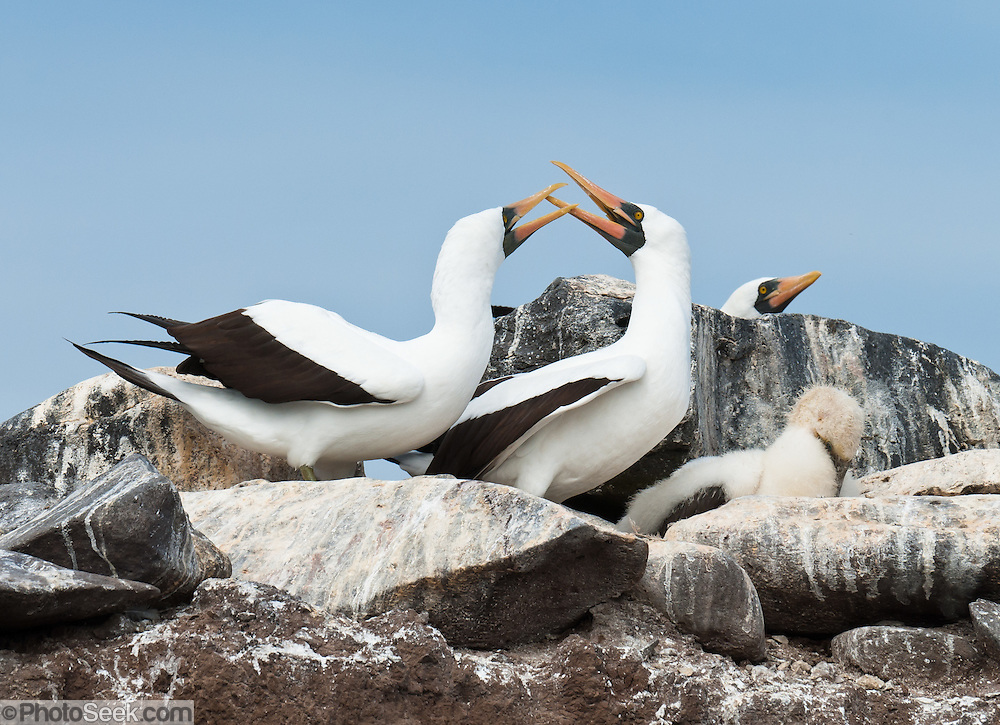