Irohazaka Downward Winding Road, Nikko National Park, Tochigi Prefecture, Japan. Irohazaka is a pair of winding roads with 48 hairpin turns that connect central Nikko to the higher elevations of the mountainous Okunikko region. "Iroha" are the first three of 48 syllables of the formerly used Japanese alphabet (which is now known as "aiueo"), and "zaka" means "slope". Today's downward road was built in 1954 and the upward one in 1965, among Japan's first toll roads, but were later free. Spectacular autumn colors along Irohazaka can usually be enjoyed from late October to early November. Due to the autumnal popularity of Nikko, traffic can get very bad along the Irohazaka, causing delays to both cars and buses. Visitors are advised to avoid weekends and national holidays and to try to go as early as possible. 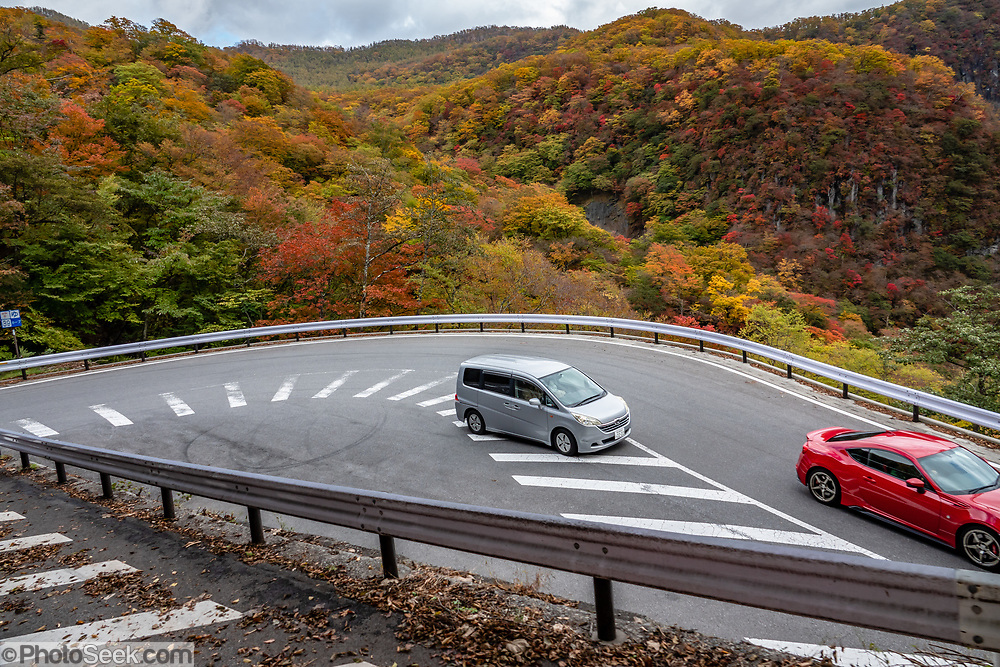