Held in place by blown air, the inflatable statue "Breath" (2012) by British artist Marc Quinn was installed 29 May 2013 on the piazza at San Giorgio Maggiore island as part of his temporary solo exhibition at Fondazione Giorgio Cini during the 55th La Biennale of Venice. Serving as a monument for the disabled, "Breath" was also the centerpiece of London's Paralympic Games' opening ceremony in 2012. "Breath" is an 11-meter (35-foot) high inflatable version of his monumental marble work "Alison Lapper Pregnant," a portrait of a disabled pregnant woman. Mark’s friend Alison Lapper was born with no arms and shortened legs due to chromosomal condition called Phocomelia. Rejected by her mother, Alison was brought up in a care home. After discovering she was pregnant, Alison decided to have her child (despite her body’s difficulties and societal prejudices) and gave birth to a healthy boy. Now a recognized artist, Alison was awarded an MBE (Most Excellent Order of the British Empire) in 2003 and featured with her son in the BBC series "Child of Our Time." The original 3.55 meter sculpture, "Alison Lapper Pregnant," was made of Carrara marble, weighed 12 tons, and was displayed from September 2005 to 2007 in London’s Trafalgar Square. Chiesa di San Giorgio Maggiore is a 1500s Benedictine church on San Giorgio Maggiore island in San Marco sestiere, in Venice, Italy, Europe. The basilica was designed in the classical renaissance style by Andrea Palladio and built from 1566-1610. The campanile (bell tower), first built in 1467, fell in 1774, and was rebuilt in neo-classic style by 1791. The white marble basilica rises above the blue water of Venice Lagoon across from Piazzetta San Marco, east of Giudecca island, surrounded by Canale della Grazia, Canale della Giudecca, Saint Mark Basin, and Canale di San Marco. The island was probably occupied in the Roman period, and after the 400s, it was called Insula Memmia (owned by the Memmo family). By 829 it had a church consecr 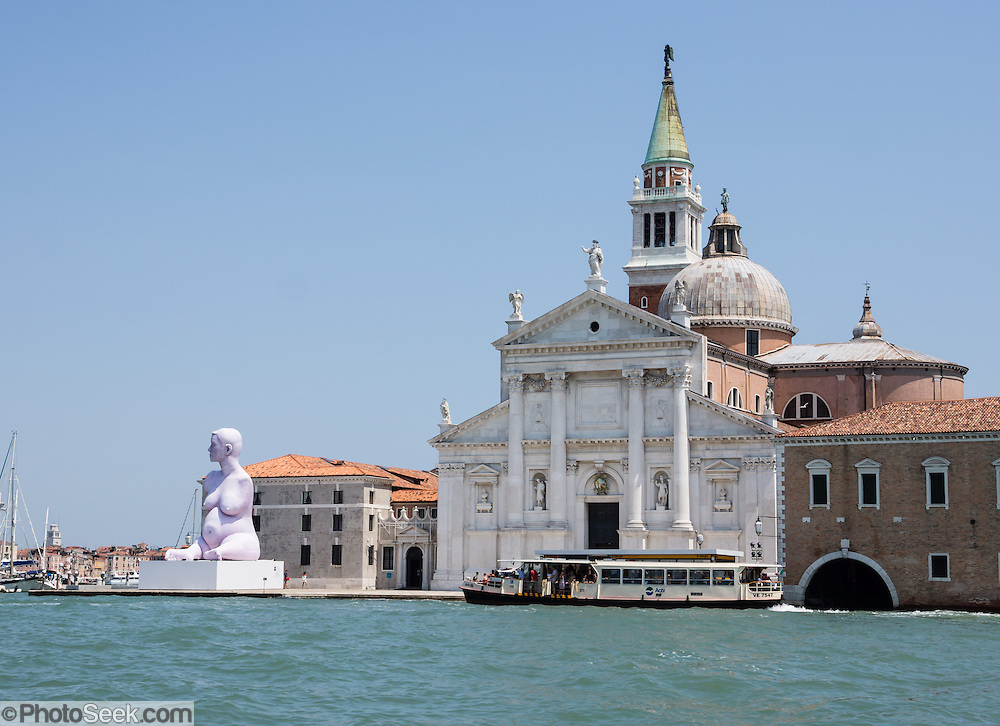