In Plaza de Mayo, the May Pyramid (Pirámide de Mayo, built in 1811) is a monument to commemorate the first anniversary of the May Revolution of 1810, which led to the Argentina's independence from Spain in 1816. Plaza de Mayo is the main square in Monserrat barrio (neighborhood) of central Buenos Aires, in Argentina, South America. Plaza de Mayo took its modern form in 1884 but has been at the political center of Buenos Aires since the city's foundation in 1580. La Revolución de Mayo was a week-long series of events that took place from May 18 to 25, 1810, in Buenos Aires, capital of the Viceroyalty of the Río de la Plata, a Spanish colony that included roughly the territories of present-day Argentina, Bolivia, Paraguay, and Uruguay 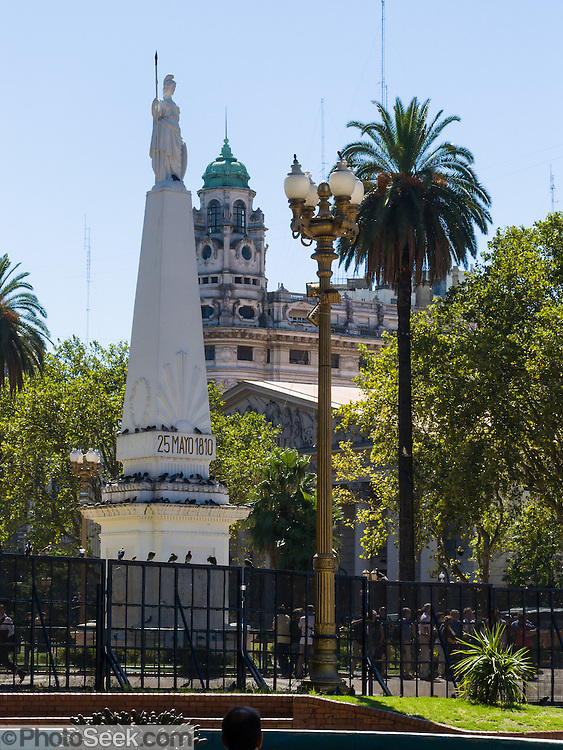