Stock Creek exits the south end of Natural Tunnel before flowing south to join the Clinch River. For safety, do not enter the tunnel. At the unique Natural Tunnel State Park, near Duffield, Virginia, both a train and a river share the same natural limestone cave, measuring 850 feet (255 meters) long! The railroad has used this tunnel since 1890. Natural Tunnel began forming during the early Pleistocene Epoch and was fully formed by about one million years ago. The Glenita fault line running through the tunnel, combined with moving water and naturally forming carbonic acid may have formed Natural Tunnel through the surrounding limestone and dolomitic bedrock. After the tunnel formed and the regional water table lowered, Stock Creek diverted underground, then later took the path of least resistance through the Natural Tunnel, through Purchase Ridge, flowing south to join the Clinch River. Daniel Boone is believed to have been the first white man to see it. William Jennings Bryan (1860-1925) dubbed it the "Eighth Wonder of the World"; and the tunnel has been a tourist attraction for more than a century. Natural Tunnel State Park was created in 1967, and opened to the public in 1971. For a time, a passenger train line ran through Natural Tunnel, and today, the railroad still carries coal through it to the southeast USA. 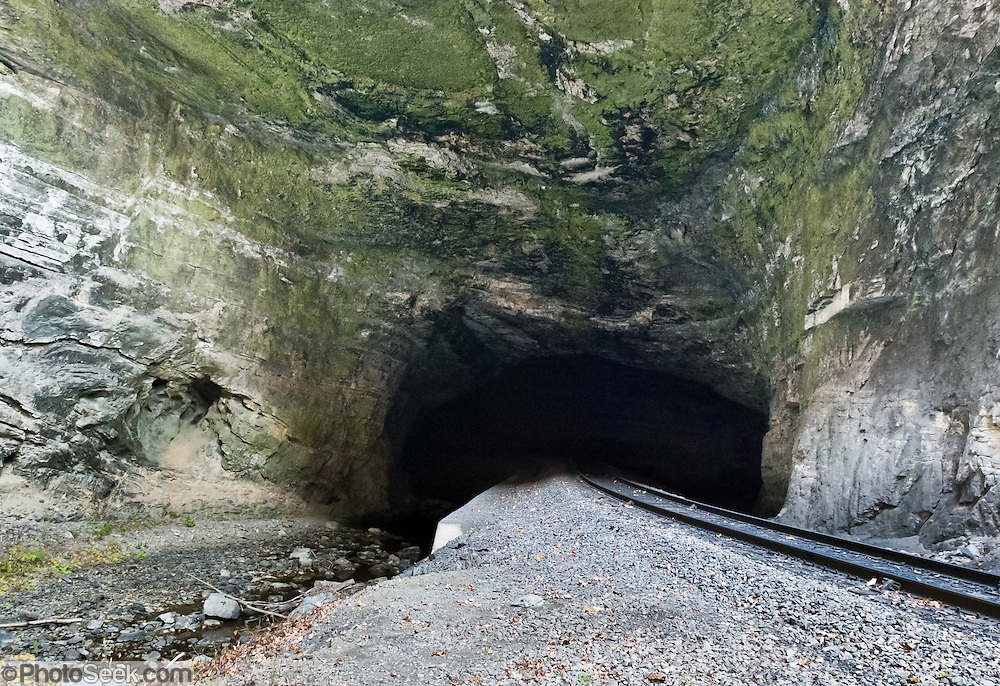