In the National Archaeological Museum in Athens, Greece, see a sculpture of Antinoos (or Antinous), who lived about 110-130 AD and was Roman emperor Hadrian's lover and best friend. Hadrian lived 76-138 AD and become one of the few exemplary Roman sovereigns. Hadrian fell in love with the boy Antinous, who accompanied him on his extended trips through the Empire. At age 20, Antinous was drowned, or drowned himself, in the Nile. Cassius Dion recounts that Antinous had learned from an astrologer that he might in this way add his life-span to that of Hadrian's. The sovereign mourned for his friend for the rest of his life. He ordered the foundation of a city, Antinoopolis, at the place where Antinous had died. He surrounded himself with statues and busts of Antinous on his trips, and even more so at his old-age residence, the "Villa" in Tivoli. A star or constellation was named after Antinous. 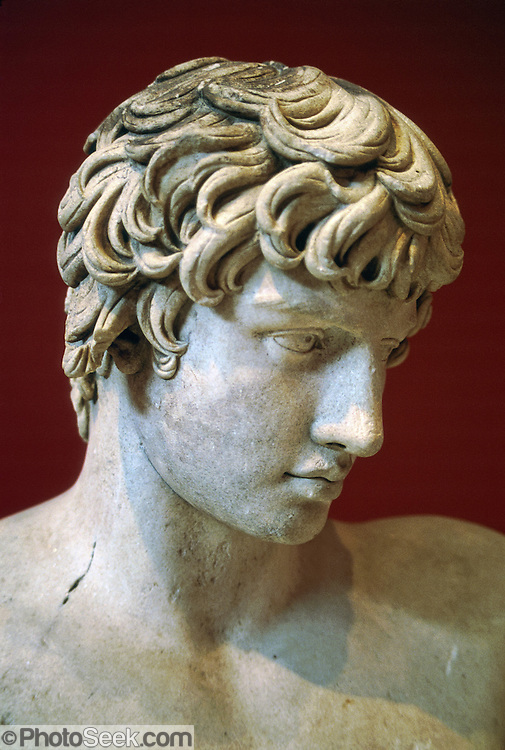