A larger-than-life-size kouros statue from 600 BC stands in the National Archaeological Museum, in Athens, Greece, Europe. A kouros is a representation of male youth dating from the Archaic Period in Greece 800-480 BC and found in Greek sanctuaries of Apollo, in commemorative tombstones of the deceased, and in memorials (like trophies) for victors of games. Kouros sculpture in Greece appears directly influenced by Egyptian monumental sculpture such as the figure of Horus. Greece and Egypt traded goods and cultural influences since 650 BC. 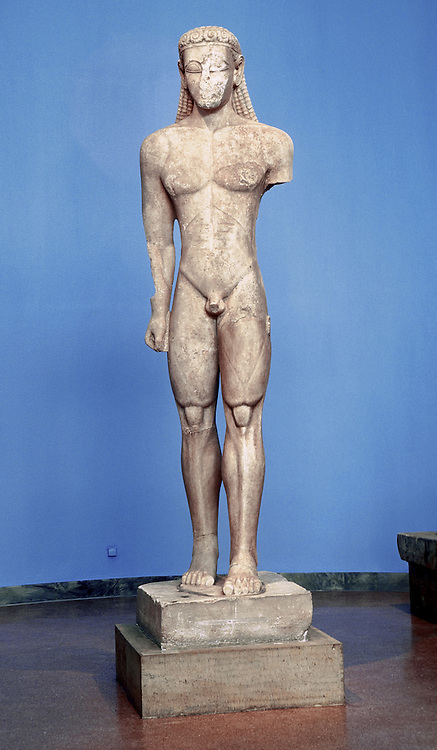