John Mitchell’s 1775 map shows the British colonies in North America extending indefinitely west, overriding rival French claims. First published in 1755, the map's pro-English interpretation of boundaries and geography served as a political tool (propaganda) during the French and Indian War (1754–1763, part of the global Seven Years' War). Mitchell’s important map guided the Treaty of Paris peace negotiations between Great Britain and her former American colonies in 1783 and helped resolve many later treaty negotiations and boundary disputes as recently as 1932 for the United States (USA). Thomas Jefferson recommended that Nicholas King use Mitchell’s map in preparing a new map for Meriwether Lewis, saying: “it was made with great care we know from what is laid down in those western parts with which we have lately become acquainted.” Notice how British Colonial claims of Virginia, Georgia, North and South Carolina extend beyond the Mississippi towards the Pacific Ocean, and Virginia spreads north into present-day Michigan. See the map at the Governor's Palace tour at Colonial Williamsburg, the historic district of Williamsburg (colonial Virginia's capital from 1699 to 1780). Map title for this 1775 version (the fourth edition): "A Map of the British Colonies in North America with the Roads, Distances, Limits, and extent of the Settlements, Humbly Inscribed to the Right Honourable the Earl of Halifax, and the other Right Honourable the Lords Commissioners for Trade & Plantations by Their Lordships most obliged and very humble servant, John Mitchell." 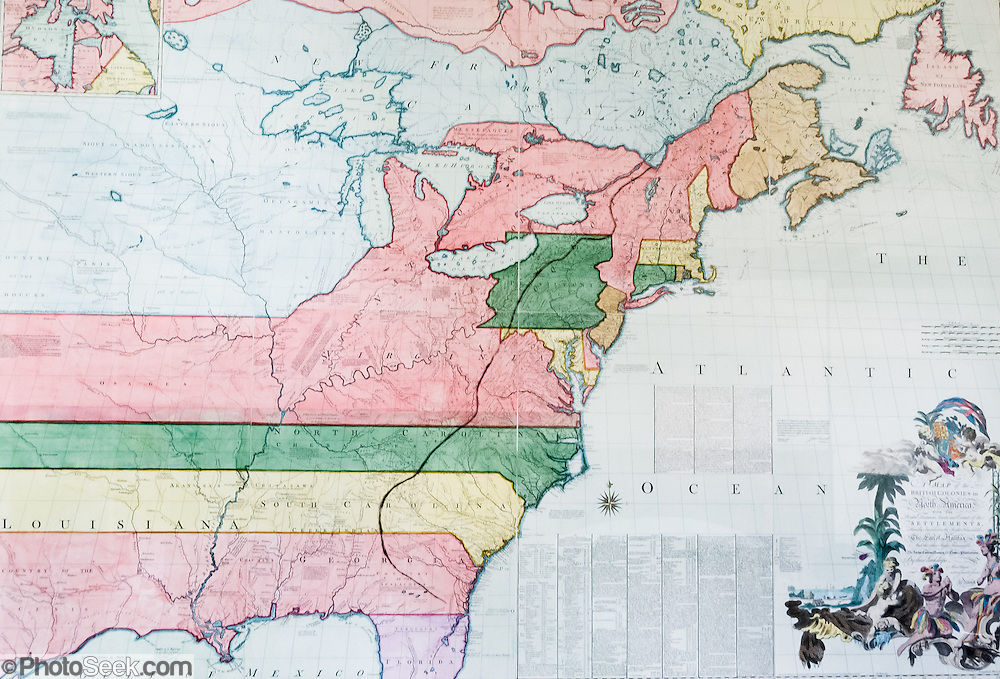