Flying Scotsman train in the valley of Smardale Gill in Yorkshire Dales National Park, England, United Kingdom, Europe. Beginning in 1862, the Flying Scotsman express passenger train service has operated between Edinburgh and London, the capitals of Scotland and England via the East Coast Main Line. The name Flying Scotsman was officially adopted in 1924. Flying Scotsman LNER Class A3 4472 (not in this photo) is a Pacific steam locomotive built in 1923 for the London and North Eastern Railway (LNER) at Doncaster Works to a design of Nigel Gresley. It was employed on long-distance express East Coast Main Line trains by the LNER and its successors, British Railways Eastern and North-Eastern Regions. The locomotive set two world records for steam traction, becoming the first steam locomotive to reach 100 miles per hour (160.9 km/h) in 1934, and then set a record for the longest non-stop run by a steam locomotive when it ran 422 miles (679 km) in 1989 in Australia. A 2015 poll on four continents ranked it the most famous locomotive. Retired from regular service in 1963 after covering 2.08 million miles, Flying Scotsman is now displayed in England's National Railway Museum (NRM) in York. England Coast to Coast hike day 7 of 14. [This image, commissioned by Wilderness Travel, is not available to any other agency providing group travel in the UK, but may otherwise be licensable from Tom Dempsey – please inquire at PhotoSeek.com.] 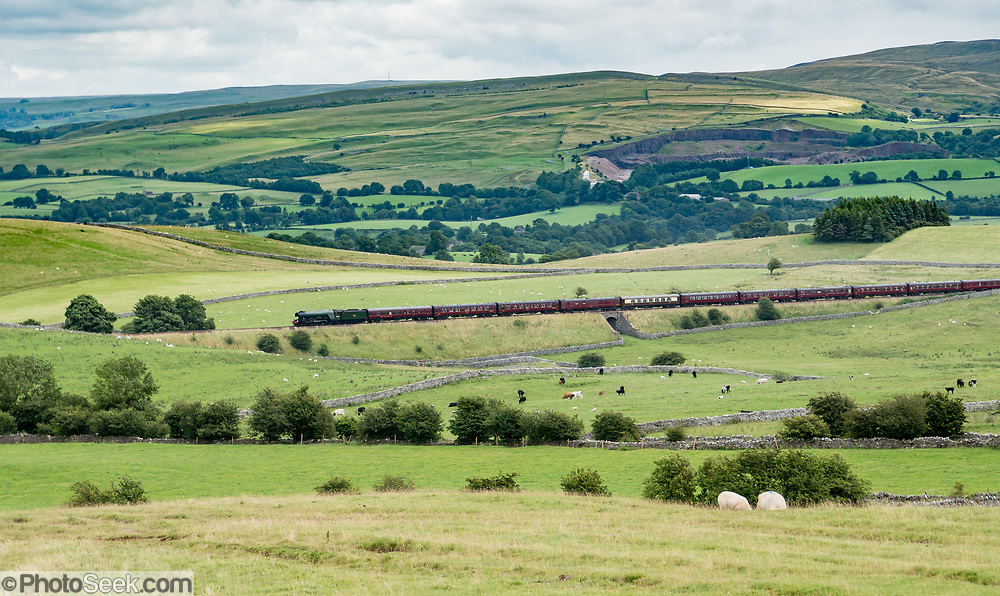