Pinnacle Rock on Bartolomé Island is an icon of the Galápagos archipelago. This large black partially eroded lava formation was created when volcanic magma reached the sea and exploded into particles which fastened together into rock comprised of thin layers. Bartolomé Island (or Bartholomew Island, named after Lieutenant David Bartholomew of the British Navy) is one of the geologically younger islands in the Galápagos archipelago, just off the east coast of Santiago (James) Island. The volcanic Galápagos Islands (officially Archipiélago de Colón, otherwise called Islas de Colón, Islas Galápagos, or Enchanted Islands) are distributed along the equator in the Pacific Ocean 972 km west of continental Ecuador, South America. In 1959, Ecuador declared 97% of the land area of the Galápagos Islands to be Galápagos National Park, which UNESCO registered as a World Heritage Site in 1978. Ecuador created the Galápagos Marine Reserve in 1998, which UNESCO appended in 2001. 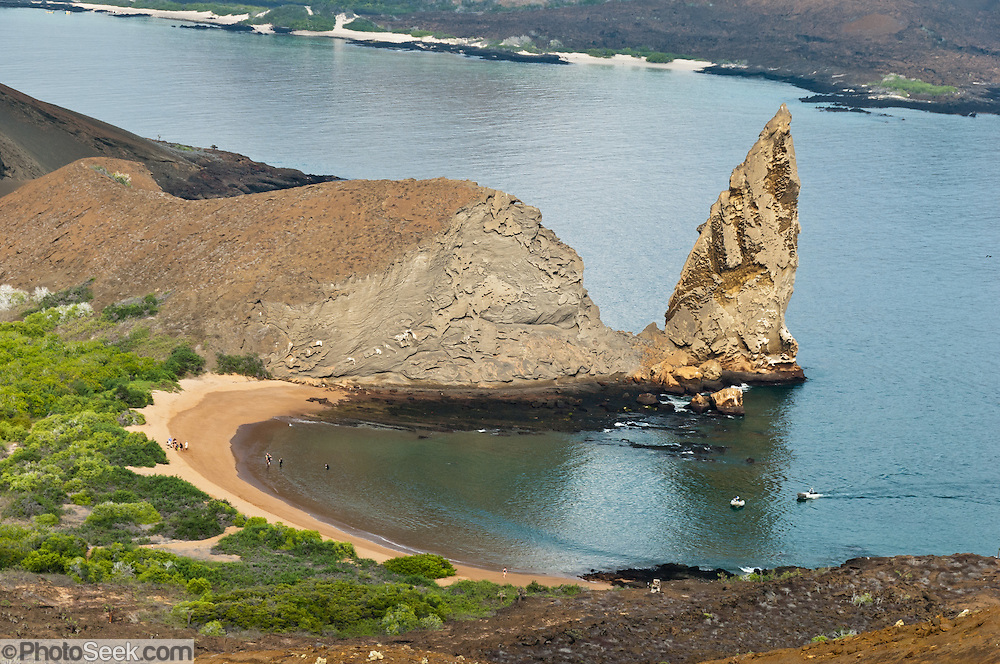