Aya Sofya Museum in İstanbul, Turkey. In Greek, it's called Hagia Sofia, or Sancta Sophia in Latin, which means "Divine Wisdom." The minarets were constructed after the Islamic conquest of 1453. Emperor Justinian built the Hagia Sofia from 532 to 537 AD in Constantinople on the site of a former Hagia Sofia on the acropolis of the former Byzantium. The 102-foot diameter dome perches an amazing 180 feet above the floor (rivalling the scale of the 144-foot high and wide concrete dome of Rome's Pantheon, built earlier from 118-125 AD). An earthquake collapsed the dome after only 22 years, and it was rebuilt several times by later Byzantine emperors and Ottoman sultans. 30 million gold mosaic tiles covered the dome's interior in Byzantine times. Hagia Sofia reigned as the greatest church in Christendom for nearly 1000 years, until the Islamic conquest of Constantinople by Mehmet the Conqueror in 1453. A church with a larger dome, St. Peter's Basilica in Rome, was not built until 1506. Hagia Sofia served as a mosque from 1453 to 1935, after which Atatürk, the father of the modern Republic of Turkey, declared it a museum. İstanbul's Hagia Sofia still stands as one of the architectural marvels of the world. 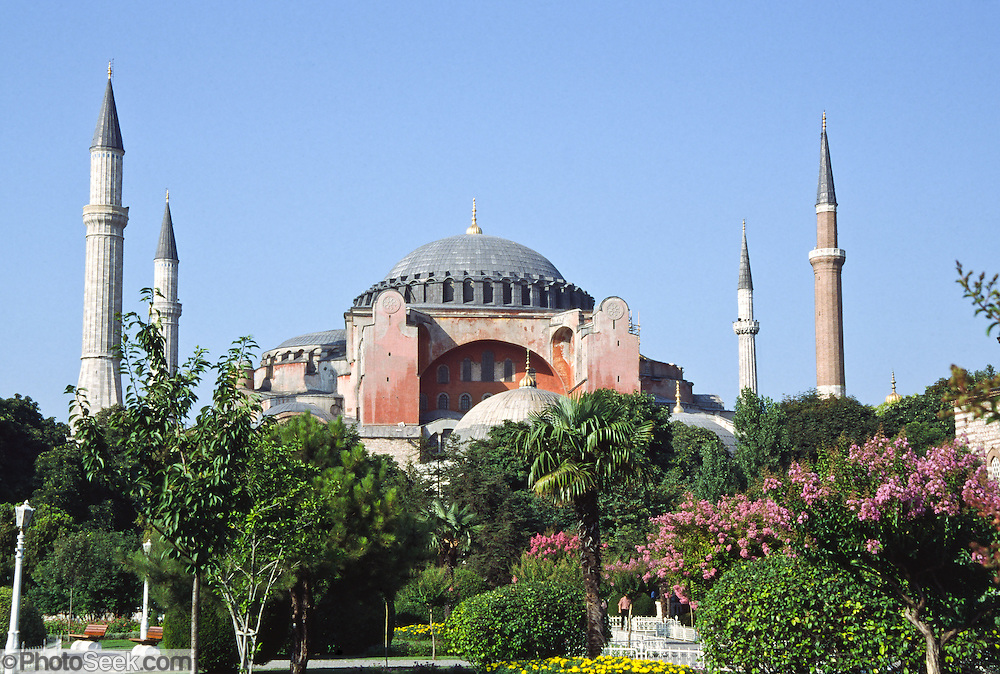