In Japan, ema or "picture-horse" are wood plaques written with prayers or wishes by Shinto & Buddhist worshippers. Toshogu Shrine, Nikko.

Ema ("picture-horse") are small wooden plaques, common to Japan, in which Shinto and Buddhist worshippers write prayers or wishes. The ema are left hanging up at the shrine, where the kami (spirits or gods) are believed to receive them. They often carry images or are shaped like animals, or symbols from the zodiac, Shinto, or the particular shrine or temple. In ancient times people would donate horses to the shrines for good favor; over time this was transferred to a wooden plaque with a picture of a horse. Once inscribed with a wish, Ema are hung at the shrine until they are ritually burned at special events, symbolic of the liberation of the wish from the writer. Toshogu Shrine is the final resting place of Tokugawa Ieyasu, the founder of the Tokugawa Shogunate that ruled Japan for over 250 years until 1868. Initially a relatively simple mausoleum, Toshogu was enlarged into the spectacular complex seen today by Ieyasu's grandson Iemitsu during the first half of the 1600s. Toshogu contains both Shinto and Buddhist elements, as was common until the Meiji Period when Shinto was deliberately separated from Buddhism. Toshogu is part of Shrines and Temples of Nikko UNESCO World Heritage site. 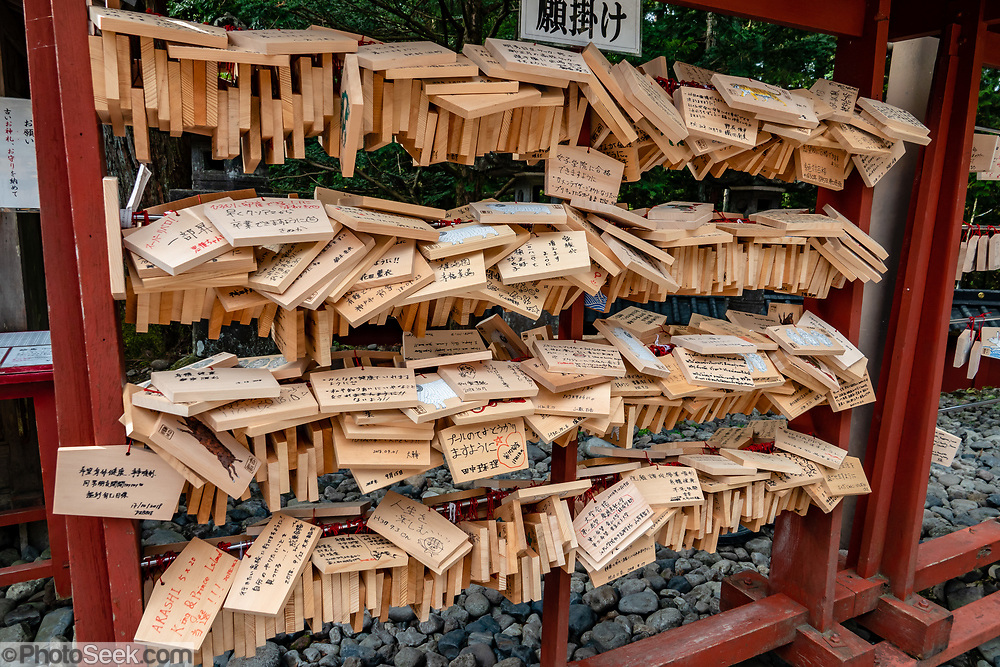