The Metropolitan Cathedral of Quito (La Catedral Metropolitana; or officially: Catedral Primada de la Virgen Asunta al Cielo Primatial, which means Cathedral of the Assumption of Our Lady to Heaven) is located in Independence Plaza, Quito, Ecuador, South America. The official church was built by 1565, with additions and renovations completed by 1806. The arches feature late Gothic design; the main altar is more Baroque in nature; the choir area is Neoclassic; and the ceilings boast Moorish styling. The interior includes various artworks such as the “Ascension of the Virgin” by Manuel Samaniego; a piece by Caspicara entitled “Descent of Christ from the Cross”; and paintings created at the School of Quito. The Metropolitan Cathedral of Quito contains the tomb of Mariscal Sucre, Antonio Jose de Sucre, Cardinal de la Torre and some of the Republic's presidents as well as other priests and bishops. Cardinal de la Torre was born Carlos Maria Javier in Quito on 14 November 1873. He became the first Roman Catholic bishop in Ecuador to be promoted to cardinal. He died in 1968 and was buried at the cathedral. UNESCO honored City of Quito as a World Heritage Site in 1978. Quito was founded in 1534 on the ruins of an Inca city. Despite the 1917 earthquake, the city has the best-preserved, least altered historic center in Latin America. 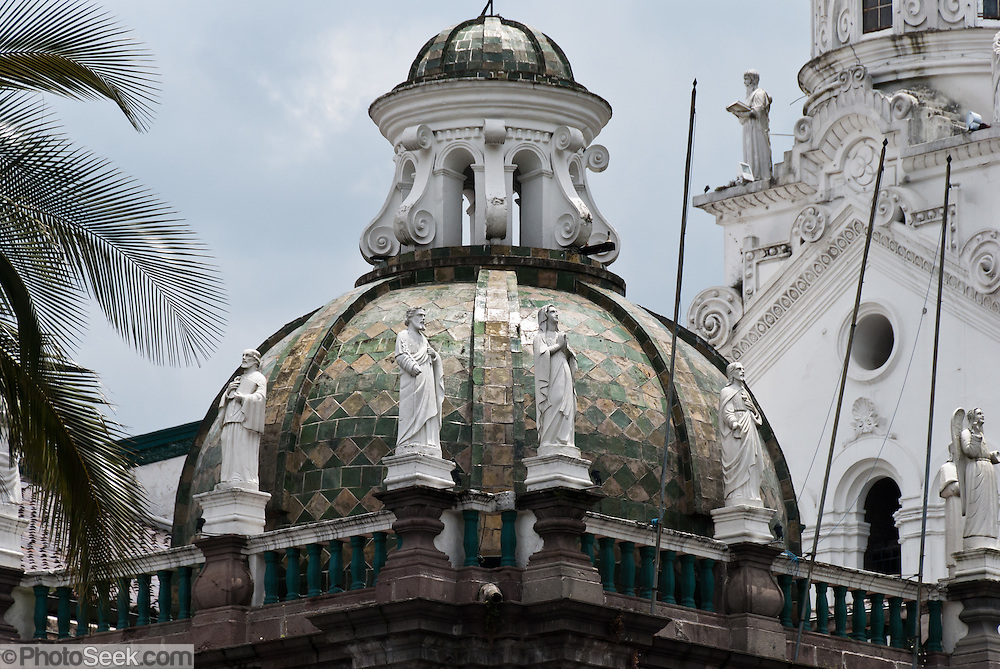