In February 2005 on the red and white ship M/S Explorer, we anchored near an arched blue iceberg at Neko Harbor, Graham Land (the north portion of the Antarctic Peninsula), Antarctica. Reuters News Pictures Service published this image in stories on the M/S Explorer, which sank after hitting an iceberg in 2007 and now lies sunk 600 meters deep in the Southern Ocean. The Explorer, owned by Canadian travel company GAP Adventures, took on water after hitting ice at 12:24 AM EST on Friday November 23, 2007. 154 passengers and crew calmly climbed into lifeboats and drifted some six hours in calm waters. A Norwegian passenger boat rescued and took them to Chile's Antarctic Eduardo Frei base, where they were fed, clothed, checked by a doctor, and later flown to Punta Arenas, Chile. The ship sank hours after the passengers and crew were safely evacuated. 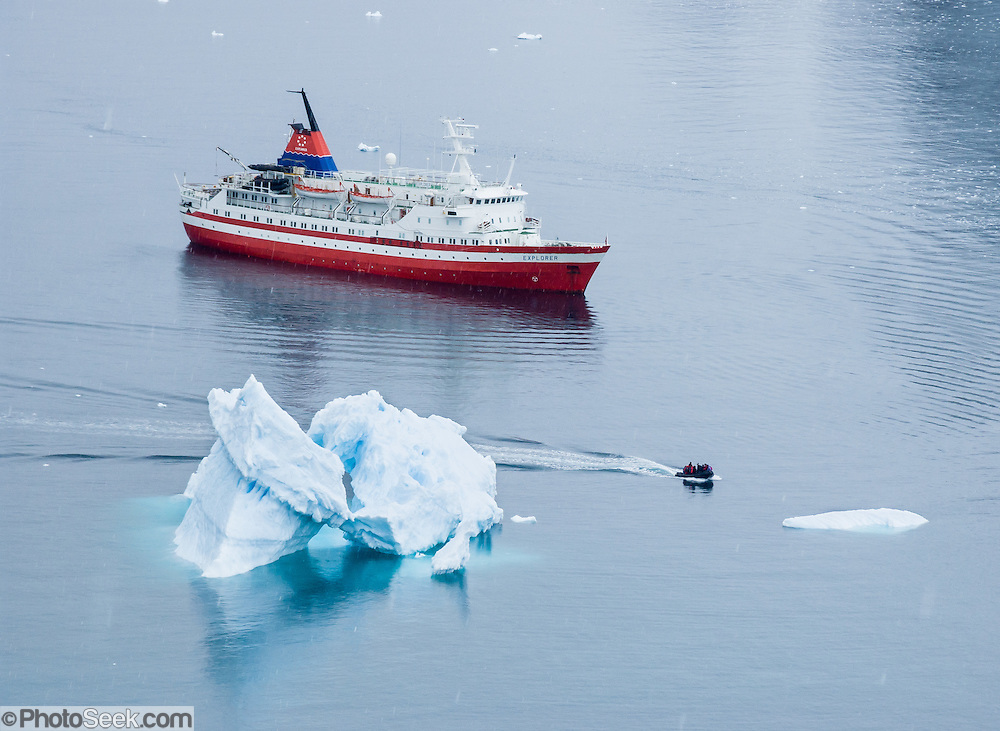