The tomb of George Washington was erected on his Mount Vernon, Virginia, estate in 1830-31 per his will. George Washington, who lived 1732-1799, was one of the Founding Fathers of the United States of America (USA), serving as the commander-in-chief of the Continental Army during the American Revolutionary War, presiding over the convention that drafted the Constitution in 1787, and serving as the first President of the United States (1789-1797). Named in his honor are Washington, D.C. (the District of Columbia, capital of the United States) and the State of Washington on the Pacific Coast. Mount Vernon estate was designated a National Historic Landmark in 1960 and is owned and maintained in trust by The Mount Vernon Ladies' Association. Panorama stitched from 2 overlapping images. 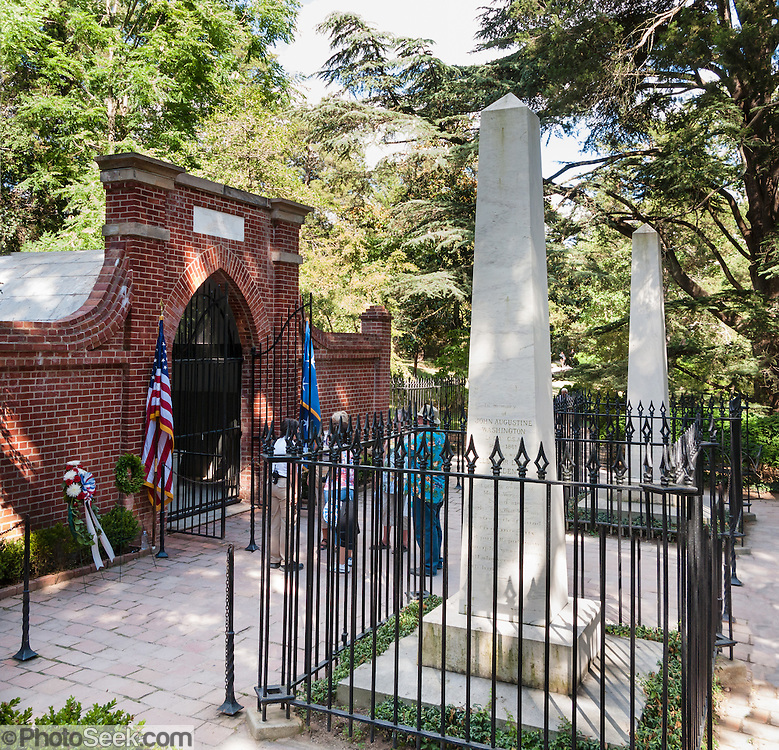