York Minster's striking choir screen was built in AD 1420-22 with the sculptures of all the kings of England reigning during the construction of the minster, from William the Conqueror to Henry VI. York Minster, built over 250 years 1220-1472 AD, is one of the finest medieval buildings in Europe. Also known as St Peter's, its full name is "Cathedral and Metropolitical Church of St Peter in York," located in England, United Kingdom, Europe. York Minster is the seat of the Archbishop of York, the second-highest office of the Church of England. "Minster" refers to churches established in the Anglo-Saxon period as missionary teaching churches, and now serves as an honorific title. York was founded by the Romans as Eboracum in 71 AD. As the center of the Church in the North, York Minster has played an important role in great national affairs, such as during the Reformation and Civil War. 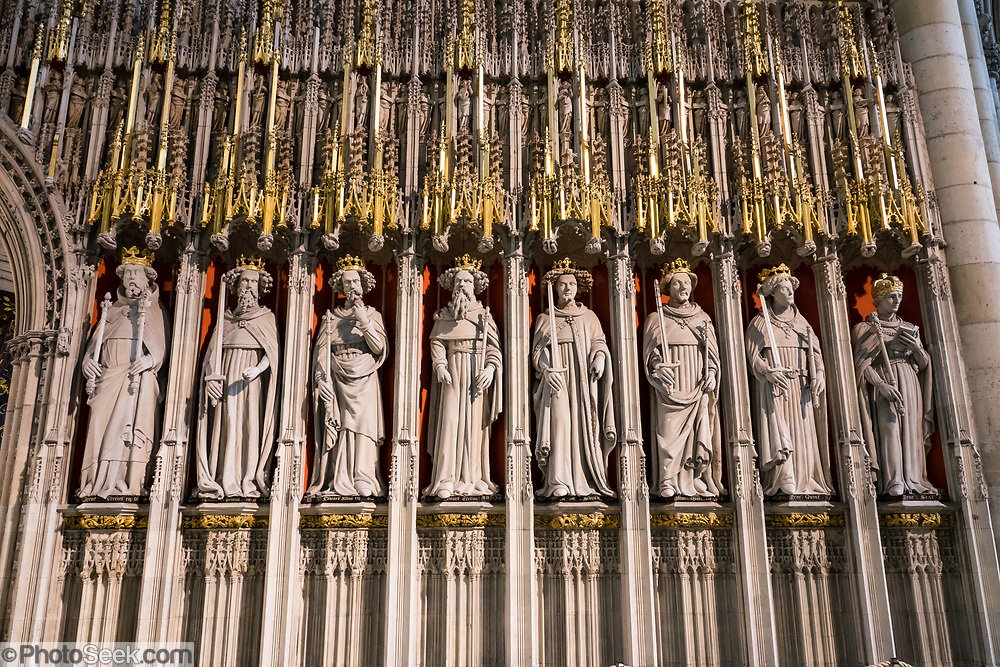