Every year during Redentore Festival weekend, Venice builds a temporary pontoon bridge for pedestrians to walk 330 meters across Giudecca Canal from the Zattere to Redentore basilica on Giudecca Island, Italy. Venice built "Il Redentore" (Church of the Most Holy Redeemer, or Chiesa del Santissimo Redentore) from 1577-1592 on Giudecca Island in Venice Lagoon, in thanksgiving for the end of a 1576 wave of plague. Redentore Festival (Redentore Festa, photo July 16, 2011) began as a feast of thanksgiving for the end of the terrible plague of 1576 which killed more than a quarter of Venice, some 46,000 in the city and 94,000 in the lagoons. (A worse round of Black Death swept Venice in 1629-30, after which Venice built the Salute, the last of its "Plague churches.") The religious celebration and popular feast of Redentore is held in Venice every the third Saturday and Sunday in July, with fireworks on Saturday night. Venice (Venezia), the "city of canals," is the capital of Italy's Veneto region, named for the ancient Veneti people from the 10th century BC. Venice and the Venetian Lagoons are on the prestigious UNESCO World Heritage List. 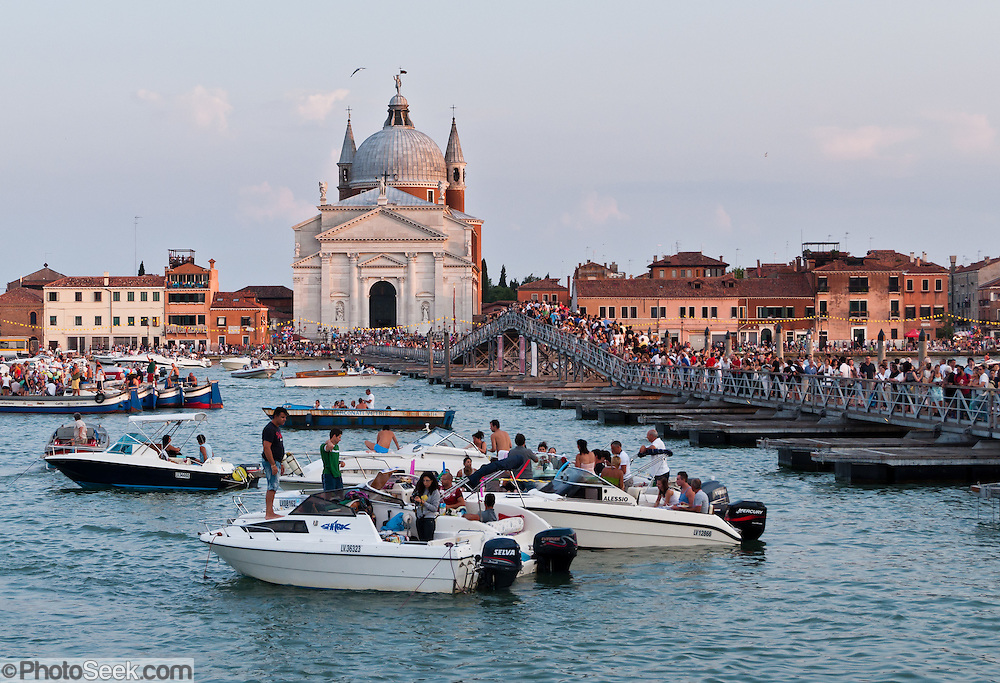