A blue Indian Camas (Camassia quamash) flower blooms on Vendovi Island, Skagit County, Washington, USA. The Indian Camas (or Indian hyacinth or Wild hyacinth, Camassia quamash) is native to western North America and blooms in various shades of blue. DNA and biochemical studies by the Angiosperm Phylogeny Group have reassigned Camassia from the Lily family to the family Asparagaceae, subfamily Agavoideae. The scientific species name "quamash" is from a Nez Perce term for the plant's bulb, which was gathered and used as a food source by tribes in the Pacific Northwest. On the San Juan Islands, native tribes burned forest to maintain sunny fields for growing this plant. The red flower is Castilleja, commonly known as Indian paintbrush or Prairie-fire, a genus of about 200 species of annual and perennial herbaceous plants native to the west of the Americas from Alaska south to the Andes, plus northeast Asia. Vendovi Island was named after a Fijian High Chief Ro Veidovi who was brought to North America by the 1841 Wilkes Expedition. The San Juan Preservation Trust, a land trust for conservation in the San Juan Islands, purchased the island in December 2010 from the family of John Fluke Sr. Vendovi Island lies across Samish Bay from mainland Skagit County, between Guemes Island and Lummi Island, in the Salish Sea. Published 2012 by the San Juan Preservation Trust (www.sjpt.org) for the Campaign to Save Vendovi Island. 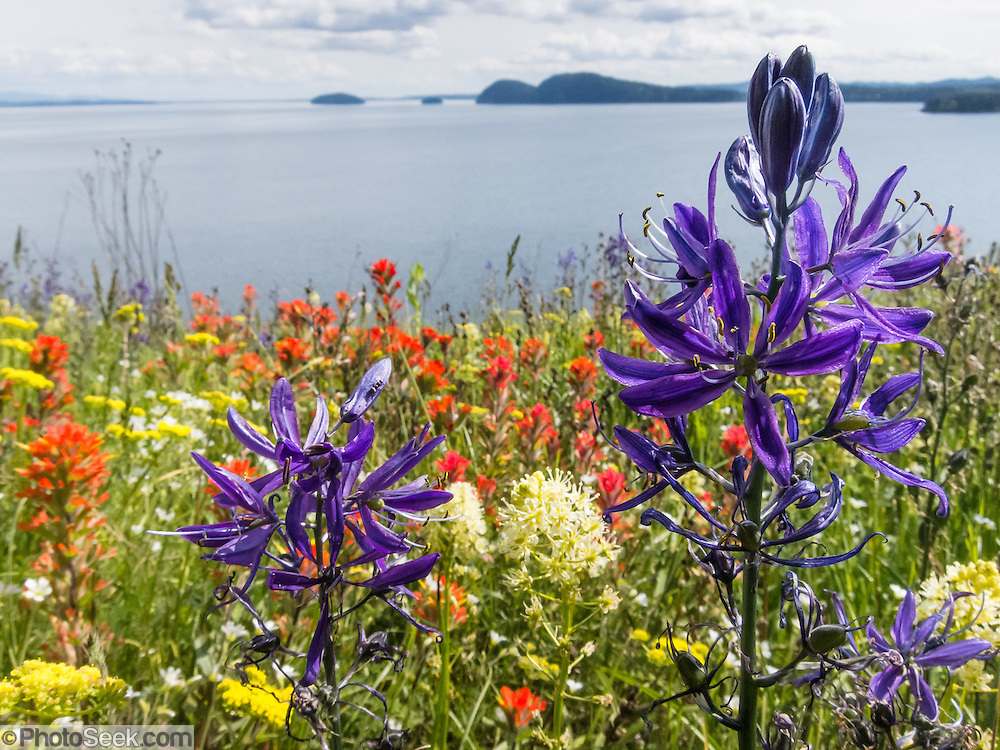