Knossos palace is partially restored at Heraklion (Iraklion), on the island of Crete, in Greece, Europe. Knossos is a Minoan archeological site associated with the Labyrinth and Minotaur of Greek mythology. The Bronze Age palace of Knossos was first built around 1900 BC, destroyed by a large earthquake or foreign invaders in 1700 BC, rebuilt more grandly, then damaged several more times by earthquakes, by invasions, and in 1450 BC by the colossal volcanic eruption of Thera (modern Thira or Santorini). Invading Mycenaeans used Knossos as their capital as they ruled the island of Crete until 1375 BC. Archaeologist Arthur Evans excavated the Palace at Knossos from 1900-1905 and named the Minoan civilization of Crete after king Minos from Greek mythology. Homer's epic poems of the Iliad and Odyssey are the first Greek literature to mention Minos as a king of Knossos, Crete. Minos was son of Zeus and Europa. Every nine years Minos made King Aegeus pick seven men and seven women to go to the Labyrinth to be eaten by the Minotaur, a creature half man and half bull. After his death, legendary Minos became a judge of the dead in Hades. The vast building complex at Knossos is popularly thought to be the site of the Labyrinth, which Greek mythology says was designed by architect Daedalus with such complexity that no one could ever find its exit. Crete is the home of Europe's first advanced civilization, the Minoan, which was contemporary with nearby advanced Egyptian and Mesopotamian cultures. Water pipes running 18 kilometers from mountains to the Knossos supplied the world's first known flush toilets and sewers by around 1500 BC, when the Minoans reached their peak. Three-story townhomes and the first known paved roads in Europe also indicate a wealthy, organized society. 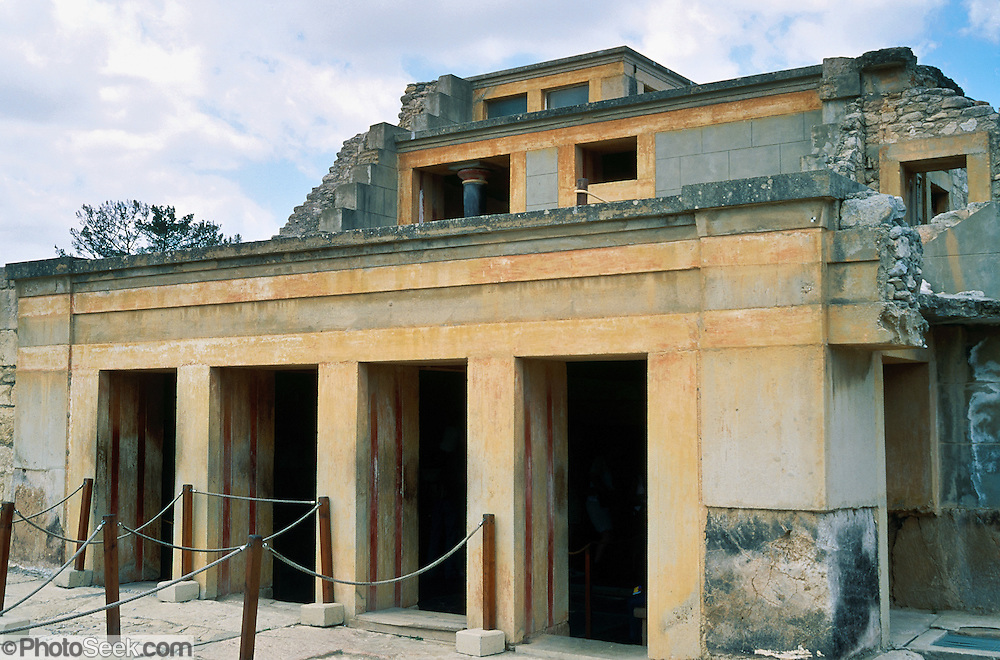