Watson Lake signpost forest, began 1942 in Yukon, Canada. The Sign Post Forest is one of the most famous landmarks along the Alaska Highway. Started by a homesick GI in 1942, the number of signs has snowballed. Private Carl Lindley, serving with the 341st Engineers during World War II, was assigned light duty while recovering from an injury and erected the signpost for his hometown: "Danville, Ill. 2835 miles". Visitors may add their own signs to the over 80,000 already present. The Alaska Highway was built as a military road during World War II in just 9 months in 1942, to link existing airfields via Canada to the territory of Alaska. The ALCAN Highway (a military acronym for Alaska-Canada) opened to the public in 1948. It begins in Dawson Creek, British Columbia, and runs via Whitehorse, Yukon to Delta Junction, Alaska. The "Alaskan Highway" is comprised of British Columbia Highway 97, Yukon Highway 1 and Alaska Route 2. While the ALCAN measured 2700 kilometers (1700 mi) upon completion in 1942, by 2012 it was rerouted and shortened to 2232 km (1387 mi). Once legendary for being a rough, challenging drive, the highway is now paved over its entire length. Delta Junction, at the end of the highway, claims "Historic Milepost 1422" where the Alaska Highway meets the Richardson Highway, which continues 96 mi (155 km) to the city of Fairbanks at Historic Milepost 1520, often (but unofficially) regarded as the northern portion of the Alaska Highway (although its Mileposts are measured from Valdez). 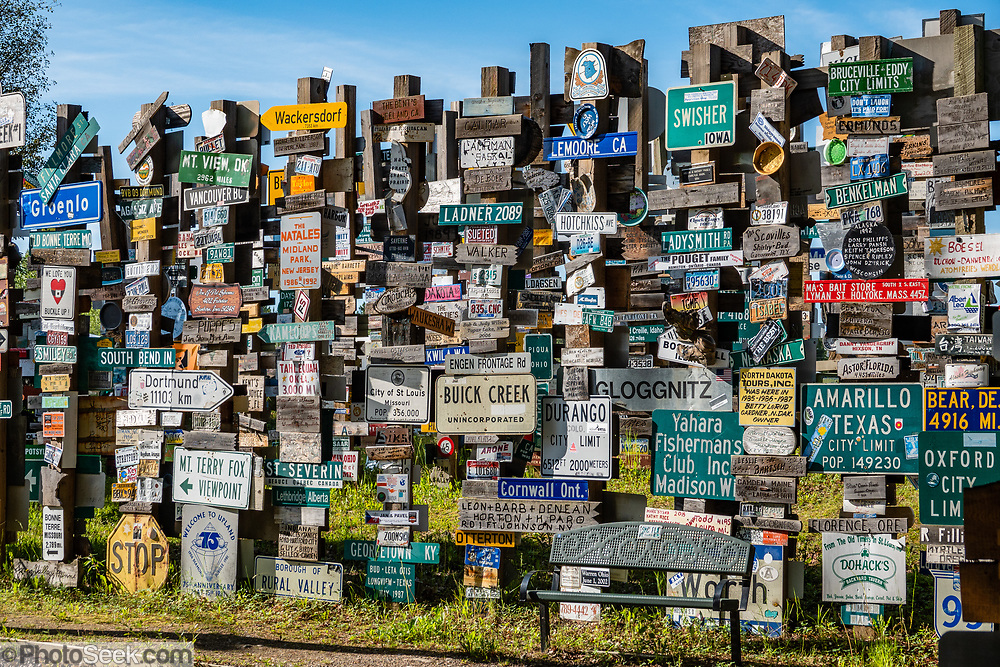