The Culpeo (Lycalopex culpaeus), sometimes known as the Andean Wolf (Spanish: Lobo), or (Common) Andean Fox, or Patagonian Fox, is a South American species of wild dog, seen here at the mountain refuge "José Ribas" on the north face of the Cotopaxi Volcano at 4800 meters (15,750 feet) of altitude in Ecuador. The Culpeo is the second largest native canid in South America after the Maned Wolf. In its appearance it bears many similarities to the widely recognized red fox. It has grey and reddish fur, a white chin, reddish legs, and a stripe on its back that may be barely visible. Its distribution extends from Ecuador and Peru to the southern regions of Patagonia and Tierra del Fuego. It is most common on the western slopes of the Andes, where it inhabits open country and deciduous forests. The Culpeo's diet consists largely of rodents, rabbits, birds and lizards, and to a lesser extent, plant material and carrion. The Culpeo does attack sheep on occasion, and is therefore often hunted or poisoned. In some regions it has become rare, but overall the species is not threatened with extinction. Cotopaxi National Park (Spanish: Parque Nacional Cotopaxi) is a protected area in Ecuador in the Cotopaxi Province, Napo Province and Pichincha Province. Cotopaxi is a stratovolcano in the Andes Mountains, located about 75 kilometers (50 miles) south of Quito, Ecuador, South America. It is the second highest summit in Ecuador, reaching a height of 5,897 m (19,347 ft). 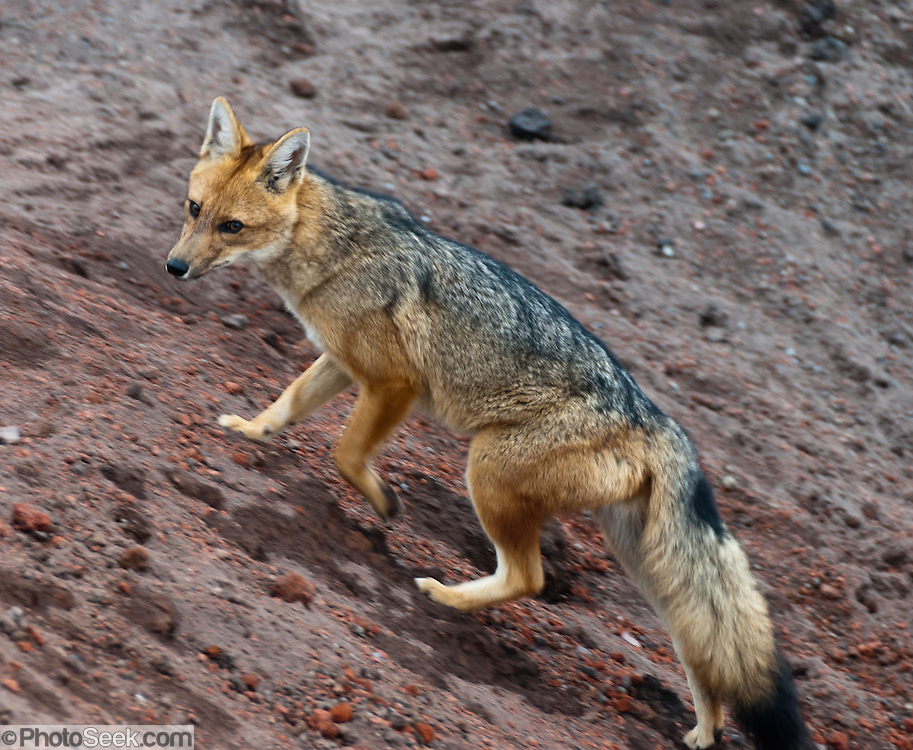