The Gouldian Finch (or Lady Gouldian or Rainbow Finch) is native to tropical Northern Australia and has green or blue back; red, black or orange head; and white or lavender breast. The photo is from Bloedel Conservatory, in Queen Elizabeth Park, 4600 Cambie St, Vancouver, British Columbia, Canada. Bloedel Conservatory is a domed lush paradise where you can experience the colors and scents of the tropics year-round, atop the City of Vancouver’s highest point, Little Mountain (501 feet). In Bloedel Conservatory, more than 200 free-flying exotic birds, 500 exotic plants and flowers thrive within a temperature-controlled environment. A donation from Prentice Bloedel built the domed structure, which was dedicated in 1969 "to a better appreciation and understanding of the world of plants," and is jointly operated by Vancouver Park Board and VanDusen Botanical Garden Association. A former rock quarry has been converted into beautiful Queen Elizabeth Park with flower gardens, public art, grassy knolls. 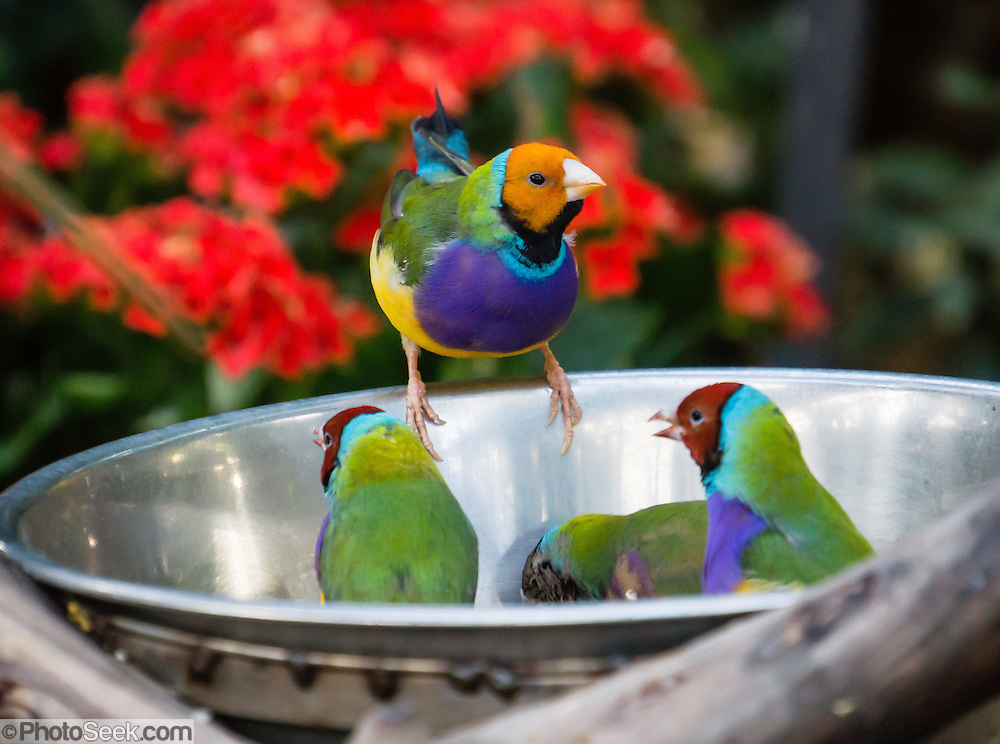