Horses graze on a ranch preserved in Cades Cove, an isolated valley located in the East Tennessee section of Great Smoky Mountains National Park, USA. Cades Cove was once home to numerous settlers. Today Cades Cove is the most popular destination for visitors to the park, attracting over two million visitors a year, due to its well preserved homesteads, scenic mountain views, and abundant display of wildlife. Cades Cove is a type of valley known as a "limestone window," created by erosion that removed the older Precambrian sandstone, exposing the younger Paleozoic limestone beneath. The weathering of the limestone produced deep, fertile soil, making Cades Cove attractive to early farmers. More weather-resistant formations, such as the Cades sandstone which comprises Rich Mountain to the north and the Elkmont and Thunderhead sandstones which comprise the Smokies crest to the south have surrounded the cove, leaving it relatively isolated within the Great Smokies. 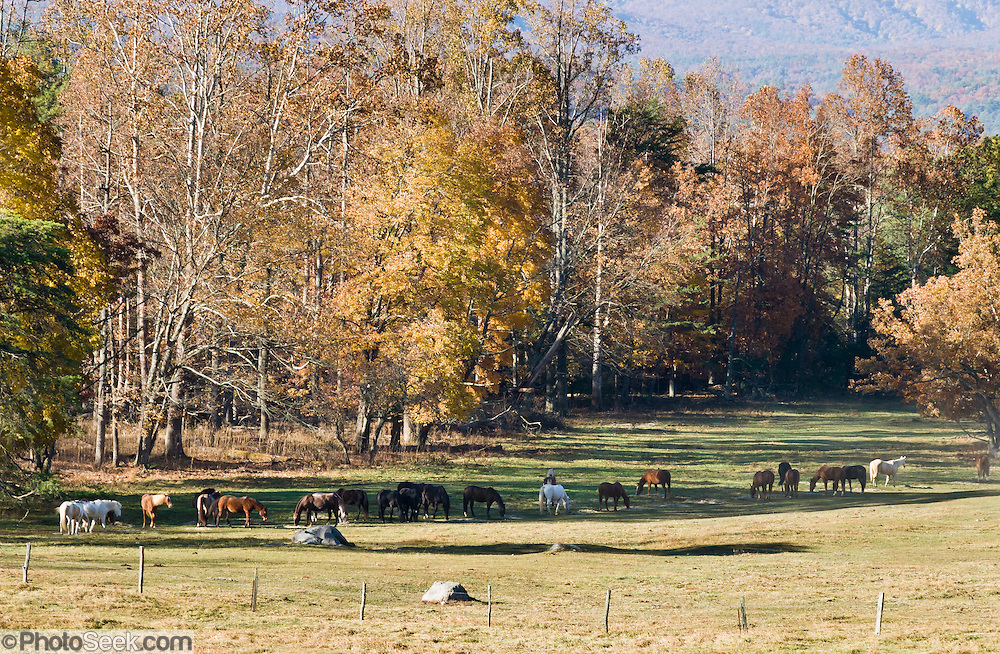