Hadrian's Wall (Latin: Vallum Aelium) at Steel Rigg, England, United Kingdom, Europe. As the Roman Empire's largest artifact, Hadrian’s Wall runs 117.5 kilometres (73.0 miles) across northern England, from the banks of River Tyne near the North Sea to Solway Firth on the Irish Sea. Much of the wall still stands and can be walked along the adjoining Hadrian's Wall Path. Within the Roman province of Britannia, it defended the northwest frontier of the Roman Empire for nearly 300 years. It was built by the Roman army on the orders of the emperor Hadrian in the 6 years following his visit to Britain in AD 122. From north side to south, the wall comprised a ditch, stone wall, military way and vallum (another ditch with adjoining mounds). The wall featured milecastles with two turrets in between and a fort about every five Roman miles. Hadrian’s Wall is honored as a World Heritage Site. The wall lies entirely within England, and is unrelated to the Scottish border, which lies north of the wall at distances varying from 1-109 kilometers (0.6-68 miles) away. 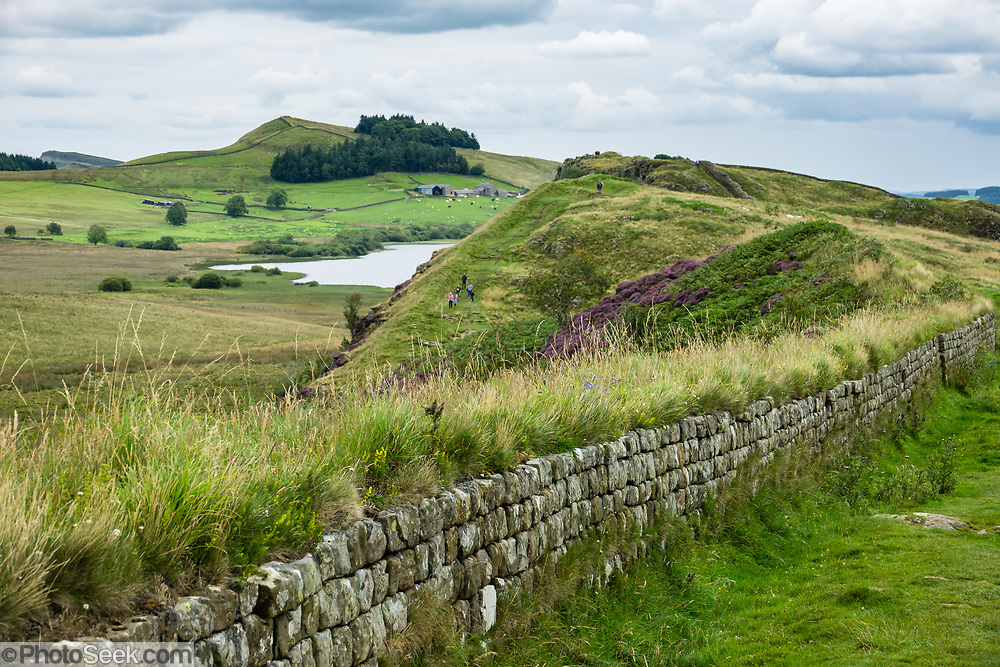