A captive Tasmanian devil stands in a pen at Bonorong Wildlife Park, Briggs Road, Brighton, Tasmania, Australia. The Tasmanian devil (Sarcophilus harrisii) is a carnivorous marsupial of the family Dasyuridae, now found in the wild only on the island state of Tasmania. The devil is an iconic symbol of Tasmania and attractor of tourists, many of whom know the Looney Tunes cartoon character, the "Tasmanian Devil." Ancient marsupials probably migrated from what is now South America to Australia tens of millions of years ago during the time of Gondwana. Tasmanian devils probably disappeared from the Australian mainland around 3000 years ago due to predation by dingoes (wild dogs probably introduced by aborigines much earlier), which are absent on Tasmania. Formerly hunted by humans, the devils became officially protected in 1941. Since the late 1990s, devil facial tumor disease has drastically reduced devil numbers, and in 2008 the species was declared endangered. Illegally introduced red foxes kill devils, and motor vehicles dispatch devils that are on the road eating other road kill. Due to export restrictions and the failure of overseas devils to breed, almost no devils live legally outside of Australia. The size of a small dog, the Tasmanian devil became the largest carnivorous marsupial in the world following the extinction of the thylacine in 1936. It has a stocky and muscular build, black fur, pungent odor, extremely loud and disturbing screech, keen sense of smell, and ferocity when feeding. It has an exceptionally strong bite, hunts prey, scavenges carrion, climbs trees, and swims across rivers. 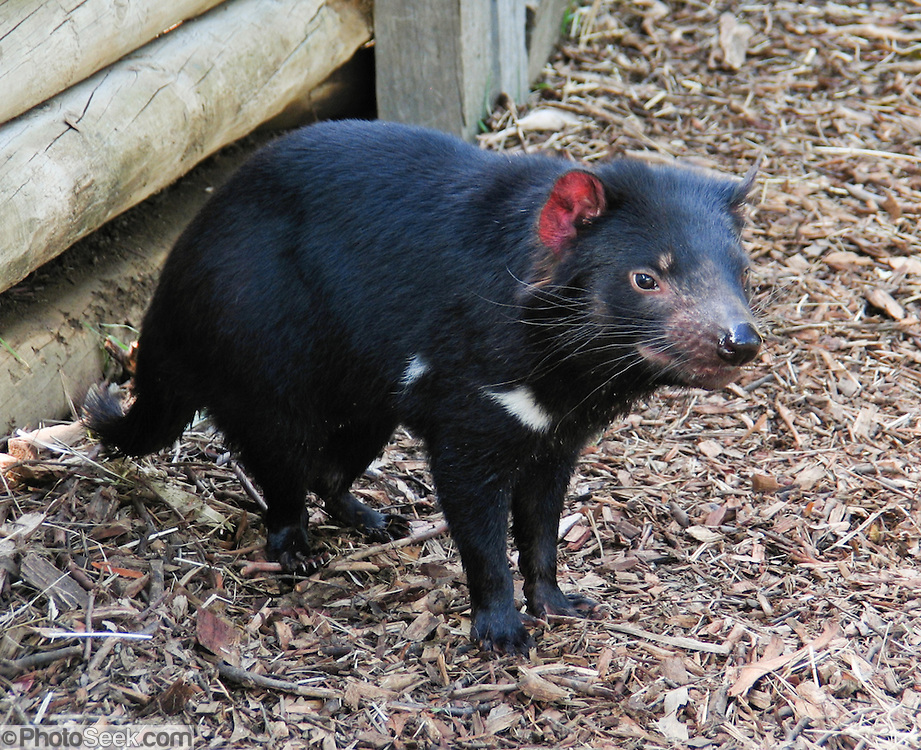