An old pipe organ decorates the Governor's Palace. Colonial Williamsburg is the historic district of the city of Williamsburg, Virginia, which was colonial Virginia's capital from 1699 to 1780, and a center of education and culture. The capital straddled the boundary of two of the original shires of Virginia, James City Shire (now James City County), and Charles River Shire (now York County). Here, Thomas Jefferson, Patrick Henry, James Monroe, James Madison, George Wythe, Peyton Randolph, and dozens more helped mold democracy in the Commonwealth of Virginia and the United States. Motto: "that the future may learn from the past." The Historic Area exhibits colonial houses and American Revolutionary War history. Prominent buildings in Colonial Williamsburg include the Raleigh Tavern, the Capitol, The Governor's Palace, and Bruton Parish Church. Interpreters work, dress, and talk as they did in the era, teaching visitors. The 301-acre Historic Area is located immediately east of the College of William and Mary, which was founded at Middle Plantation in 1693. The new College, long a desire of the colonists, was a key factor in the establishment of the town as capital of Virginia in 1698 and its renaming for King William III of England shortly thereafter. Jamestown and Yorktown, the other two points of the Historic Triangle, are linked to Colonial Williamsburg by the National Park Service's bucolic Colonial Parkway. 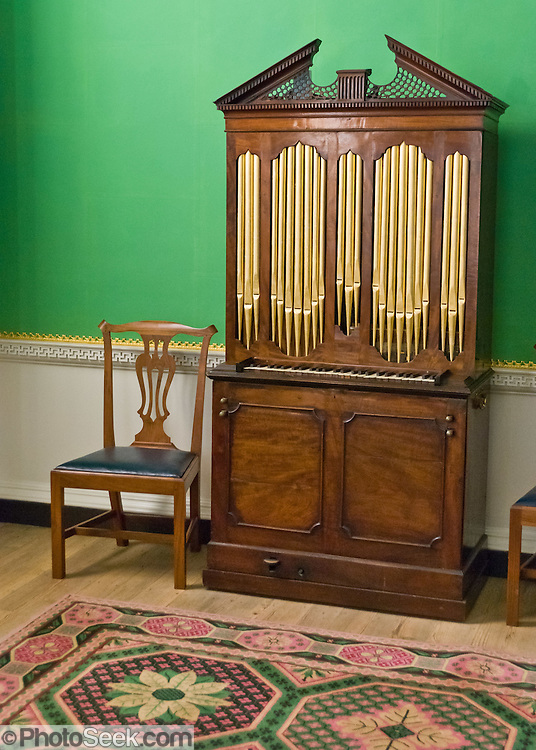