A rhinoceros beetle is attracted by night lights in Bellavista Cloud Forest Reserve, near Quito, Ecuador, South America. The rhinoceros beetles or rhino beetle are a subfamily (Dynastinae) of beetles in the family of scarab beetles (Scarabaeidae). Among the largest of beetles, their common name refers to the characteristic horns borne by the males of most species in the group. The males use their horns in mating battles against other males. Their larval stage is long, several years in some species. The larvae feed on rotten wood while the adults feed on nectar, plant sap and fruit. Rhinoceros beetle larvae are sometimes fried and eaten as a bush delicacy. Rhinoceros beetles are popular pets in Asia. They are clean, easy to maintain, and safe to handle. In Asian countries, male beetles are also used for gambling fights since they naturally compete for female beetles with the winner knocking the other off a log. Rhinoceros beetles are also the strongest animals on the planet in relation to their own size. They can lift up to 850 times their own weight. 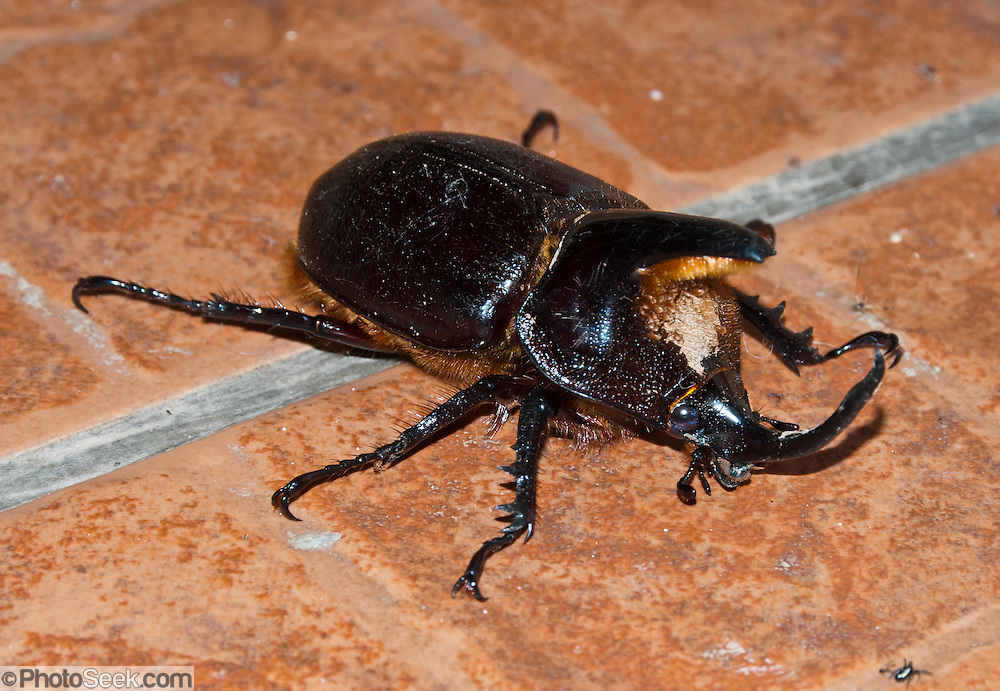