Caryatids support the southern portico of the Erechtheion, the most sacred sanctuary on the Acropolis, in Athens, Greece, Europe. The Erechtheion and the "Porch of the Maidens" was built entirely of marble between 421 and 406 BC. Between 1800 and 1803, one of the caryatids was removed by order of Lord Elgin to decorate his Scottish mansion, and was later sold to the British Museum in London (along with the pedimental and frieze sculpture taken from the Parthenon). Athenian legend had it that at night the remaining five Caryatids could be heard wailing for their lost sister. Elgin attempted to remove a second Caryatid; but when technical difficulties arose, he tried to have it sawn to pieces. The statue was smashed, and its fragments were left behind. It was later reconstructed haphazardly with cement and iron rods. In 1979, five original Caryatids (sculpted female figures serving as an architectural support) were moved to the Acropolis Museum in Athens and replaced in situ by exact replicas. The Acropolis of Athens and its monuments were honored as a UNESCO World Heritage Site in 1987. 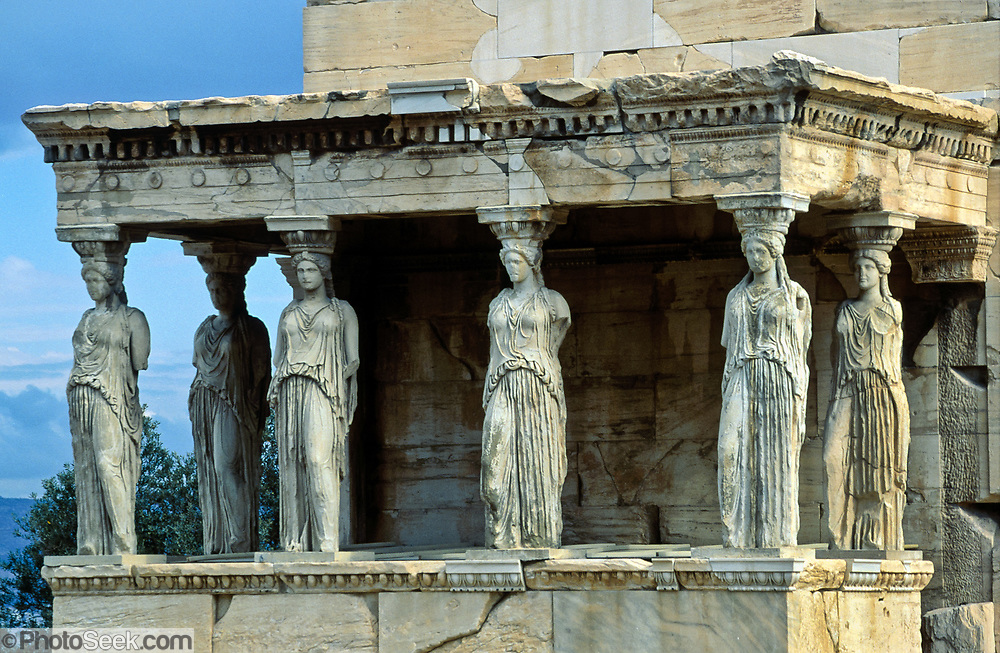