Aboard the USS Arizona Memorial, contemplate the rusting gun turret #3 of USS Arizona, sunk on 7 December 1941, yet still leaking oil, in Pearl Harbor, Oahu, Hawaii, USA. The USS Arizona Memorial marks the watery grave of 1102 sailors and Marines killed onboard that battleship during the Japanese surprise attack on Pearl Harbor, 7 December 1941. The attack united a divided America to join World War II. In one of history's greatest salvage jobs, all but 3 of the 21 ships sunk or damaged at Pearl Harbor were repaired back into service (only the USS Arizona was unsalvageable, whereas the Oklahoma and Utah were judged obsolete). More than two million people per year visit the 1962 USS Arizona Memorial, which is part of the World War II Valor in the Pacific National Monument, run by the National Park Service. Reached only via boat, the memorial straddles but doesn't touch the sunken hull. USS Arizona (BB-39) was a Pennsylvania-class battleship launched by the United States Navy in 1916. A Japanese bomb violently exploded a powder magazine and sank the ship, killing 1177 officers and crewmen. The undersea wreck is a National Historic Landmark. 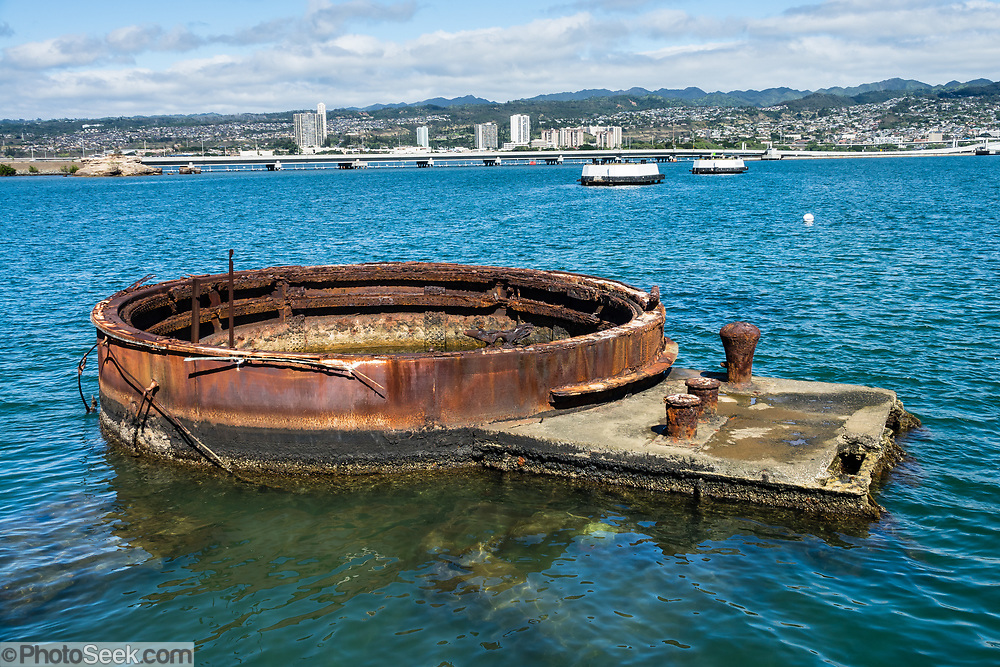