Bamburgh Castle, Northumberland, England, United Kingdom, Europe. The site of Bamburgh Castle was originally the location of a Celtic Brittonic fort known as Din Guarie, possibly the capital of the kingdom of Bernicia from its foundation circa 420-547. After passing between Britons and Anglo-Saxons three times, Anglo-Saxons gained control in 590, but it was destroyed by Vikings in 993. The Normans later built a new castle here, forming the core of the present one. After a revolt in 1095 (supported by the castle's owner), it became the property of the English monarch. 1600s financial difficulties led to its deterioration. Various owners restored it from the 1700s-1800s, ending with complete restoration by Victorian era industrialist William Armstrong. Today, the owning Armstrong family keeps Bamburgh Castle open to the public. It was a film location for "Robin Hood" (2010) directed by Ridley Scott. 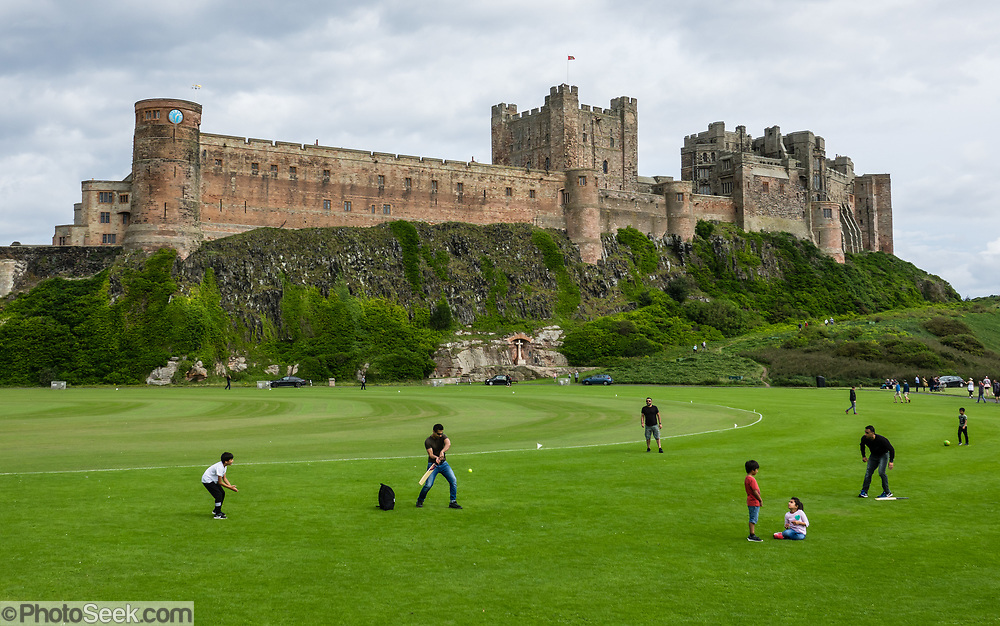